At least 3 dead, 99 possibly missing in US Florida building collapse 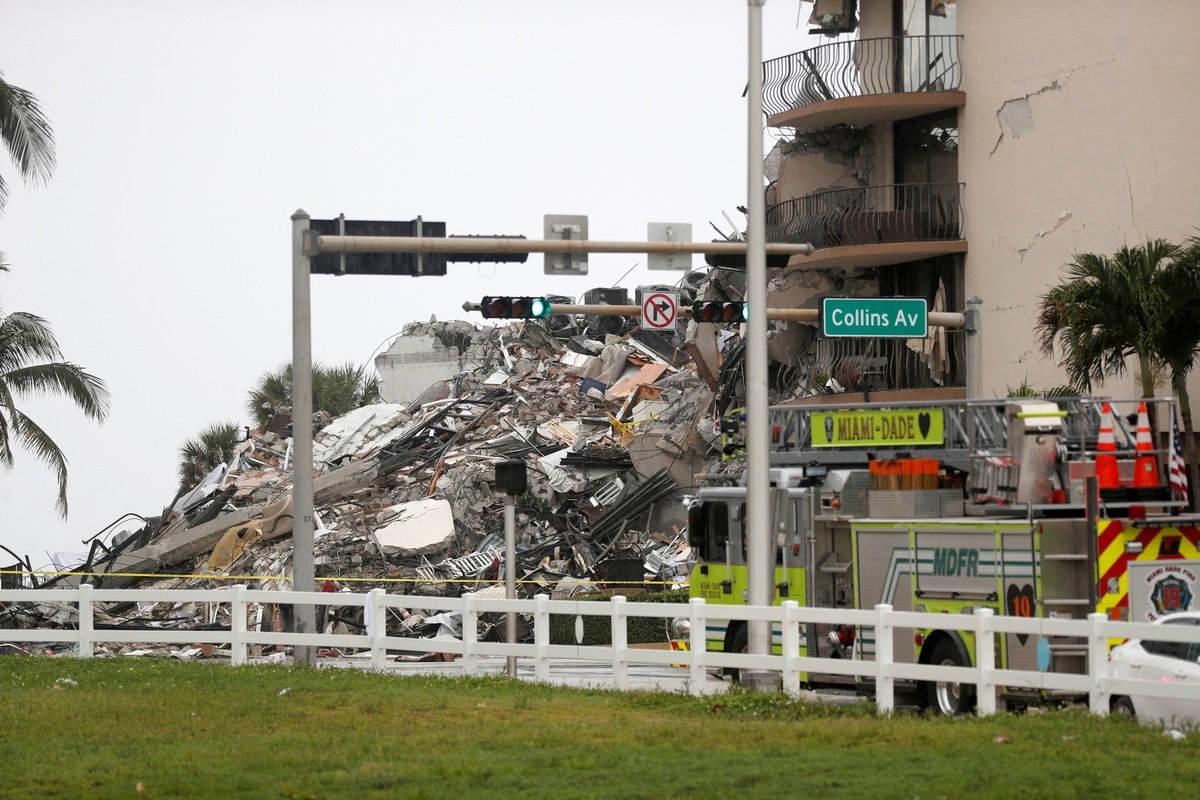 A building that partially collapsed is seen in Surfside, near Miami Beach, Florida, US, June 24, 2021. (Photo: Agencies)

WASHINGTON - At least three people were dead, and 12 others injured, while 99 people were possibly missing after a 12-story residential building partially collapsed early Thursday in Miami-Dade County in the southeastern U.S. state Florida, local media reported.

The ABC News and local newspaper Miami Herald put the number of people who were missing at 99.

At least 12 people were injured in the incident, two of them in critical condition, according to the reports.

It's unclear exactly how many residents were in the building when the incident happened. Surfside officials said they couldn't confirm any number of missing people, but the situation looked dire.

The Miami-Dade Fire Rescue received a call at around 1:30 am local time about the partial collapse of the Champlain Towers South condominium in the beachside town of Surfside, about 6 miles north of Miami Beach.

So far at least 35 people trapped in the building and two others from beneath the rubble have been rescued, said Miami-Dade Fire Rescue Assistant Chief Raide Jadallah.

Video footage from the scene showed a large section of the building, collapsed into a pile of rubble, and a young boy was pulled alive from the rubble.

"It's the unimaginable," said Miami-Dade County Mayor Daniella Levine Cava. "It's a terrible, terrible nightmare that we have here on Surfside."

The oceanfront condominium, built in 1981, has 136 units, and approximately 55 of them collapsed on the northeast corridor, according to Jadallah.