Tokyo (People's Daily) - A 6.1-magnitude quake in the Osaka Prefecture, western Japan, at 7:58 am local time on Monday has left three dead and several seriously injured, according to the latest report from NHK. 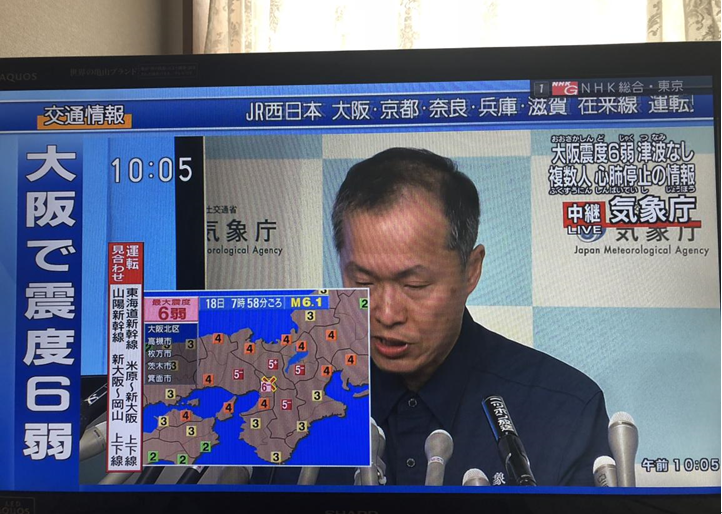 So far no tsunami warning has been issued and no abnormal activity was detected around Japan’s nuclear power stations, Japan Meteorological Agency said.

The quake was centered in the northern part of the Osaka Prefecture, with the epicenter at 34.8 degrees north and 135.6 degrees east and at a depth of 10 km.