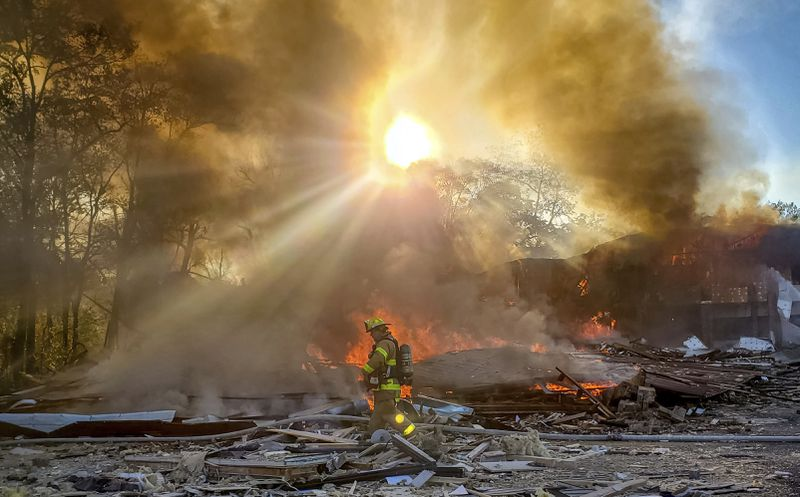 A firefighter walks through the burning rubble of a shopping center after an explosion in Harrisonburg on Saturday, Oct. 17, 2020. (Photo: AP)

WASHINGTON, Oct. 17 (Xinhua) -- At least 3 people were injured in an explosion at a strip mall in Harrisonburg, U.S. state Virginia, on Saturday morning, the authorities said.

All of them were transported to a nearby hospital, two of them with serious injuries, according to local media reports.

The two-story shopping center was a "complete loss," Michael Parks, a spokesman for the city, said at a news conference.

Firefighters were searching for anyone who might be unaccounted for in the mall, said Parks.

The cause of the explosion was not clear immediately and an investigation was underway.