At least 30 injured after 7.3-magnitude quake strikes off northeastern Japan

TOKYO, Feb. 13 (Xinhua) -- At least 30 people were injured after an earthquake with a magnitude of 7.3 struck off Fukushima Prefecture in northeastern Japan late Saturday. 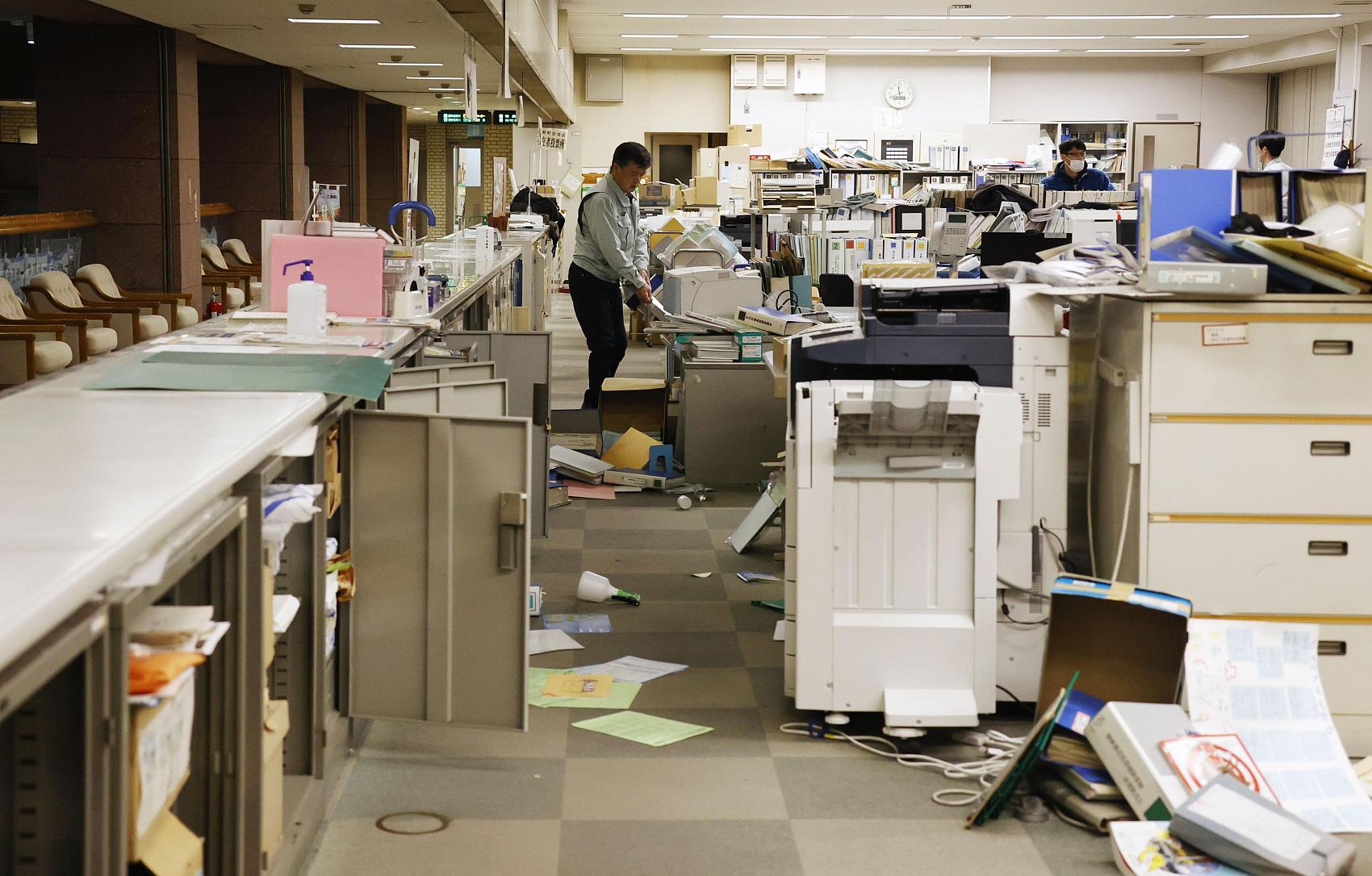 The quake was preliminarily measured with a magnitude of 7.1 and was later revised up to 7.3, the Japan Meteorological Agency (JMA) said.

At least 30 people were injured in Miyagi and Fukushima prefectures, according to local authorities.

The quake logged Upper 6 in some parts of Fukushima Prefecture on the Japanese seismic intensity scale which peaks at 7.

Following the quake, the Japanese government set up a task force at the prime minister's office.

Japanese Prime Minister Yoshihide Suga instructed the government to quickly survey the damage from the quake, conduct rescue efforts in areas necessary, and to relay information to the public as soon as possible.

The quake was also felt in the capital Tokyo where an intensity scale of 4 was logged, with many reporting that their houses and furniture underwent strong shaking and some saying they felt dizzy because of the quake.

Tokyo Electric Power Company said it has found no abnormalities with the reactors at the Fukushima Daiichi and Daini nuclear power plants after the quake.

Meanwhile, no abnormality has been found at Japan Atomic Power Co.'s inactive Tokai No. 2 nuclear power plant in the village of Tokai in Ibaraki Prefecture, according to the operator.

The quake is believed to be an aftershock of the earthquake that triggered a massive tsunami in 2011 in the same area, said Kenji Satake, a professor at the University of Tokyo's Earthquake Research Institute.

"Because (the 2011 quake) was an enormous one with a magnitude of 9.0, it's not surprising to have an aftershock of this scale 10 years later," Satake said.

According to the professor, although the quake was relatively large in scale with the focus off Fukushima Prefecture, it was unlikely to cause tsunami because it had a deep epicenter of about 55 km below the sea surface.