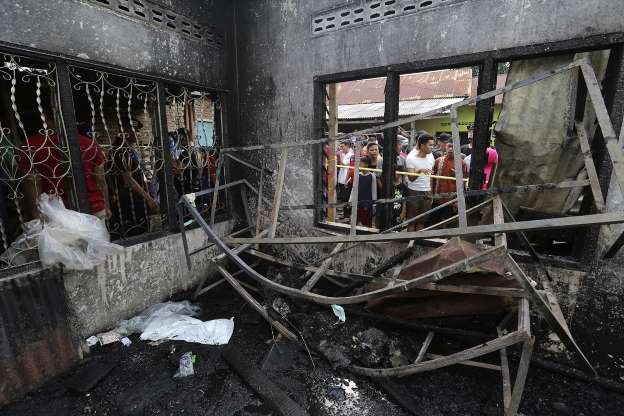 At least 30 people, including three children, were killed when a fire ripped through a matchstick warehouse in Indonesia's North Sumatra Province on Friday, local authorities said.

TV footage showed plumes of black smoke billowing from the home in the town of Binjai in North Sumatra, about 70 kilometers (44 miles) west of the provincial capital of Medan.It's not clear what caused the fire but the blaze has been extinguished, Riadil Lubis, head of the North Sumatra disaster agency, told AFP.

Irwan Syahri, from the local disaster mitigation agency, said that many of the victims are burned beyond recognition.

The three children were believed to have been brought to the factory by their parents, who are workers there, Syahri told local broadcaster Metro TV.

There have been reports of survivors. A local police officer told AFP that three people escaped, while local media reported that four women managed to flee.

In 2017, at least 46 people died and dozens more were injured in a blaze that tore through a fireworks factory outside Jakarta.