At least 35 dead, 70 injured in suicide attack at Afghan mosque 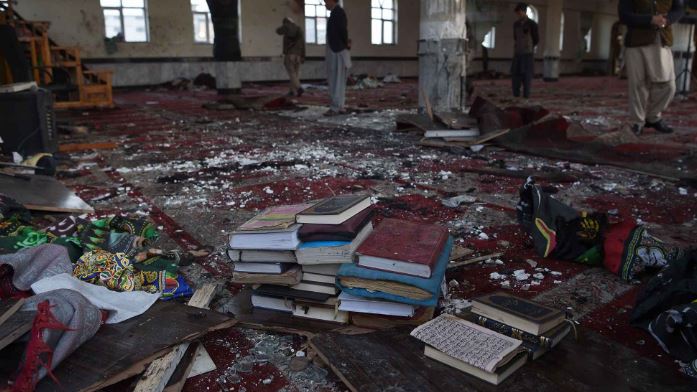 At least 35 people were killed and more than 70 others wounded after two explosions ripped through a Shiite mosque in the town of Gardez in eastern Afghanistan on Friday, according to Xinhua.

The incident occurred at around 1:30 p.m. local time as people were attending Friday prayers at Imam-i-Zaman Mosque in Gardez, the capital of Paktia province, a police officer who declined to be named said.

"Preliminary information and initial findings of our police showed that two back-to-back blasts struck inside the building when people were inside the mosque. So far, we have no more details, but the number of casualties may change as the victims were shifted to different hospitals across the city," he said.

Security forces have cordoned off the area.

Over the past few months, Afghanistan has witnessed waves of terror attacks against Shiite mosques mostly claimed by the ISIL.