WORLD At least 35 killed in bomb explosion in Iraqi capital

At least 35 killed in bomb explosion in Iraqi capital 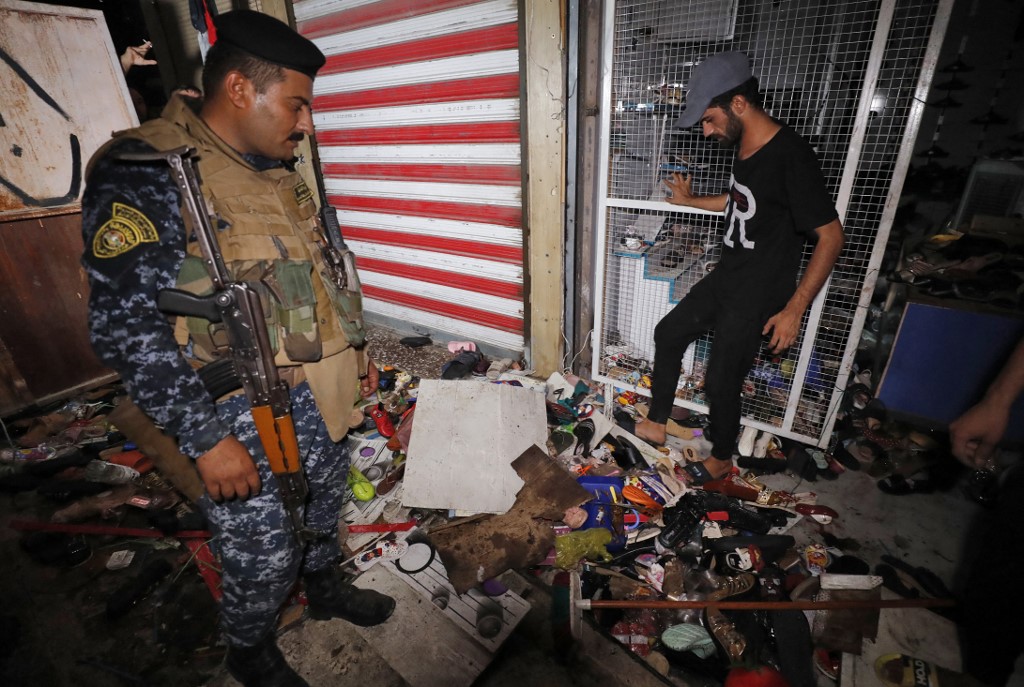 Iraqis inspect the site of the explosion in a popular market in the mostly Shiite neighbourhood of Sadr City, east of Baghdad, on July 19, 2021. (Photo: AFP)

At least 35 people were killed and dozens wounded in a bomb explosion in a marketplace in eastern Baghdad on Monday, local media reported citing authorities.

The Islamic State group claimed responsibility for the attack, the group's Nashir news agency said on Telegram. It said one of its members blew up his explosive vest among the crowds.

Hospital sources said the death toll could rise as some of the wounded were in critical condition.

President Barham Salih tweeted that "with an awful crime they target civilians in Sadr city on the eve of Eid ... We will not rest before terrorism is cut off by its roots."