WORLD At least 4 killed in 6.9-magnitude quake in southern Philippines

At least 4 killed in 6.9-magnitude quake in southern Philippines 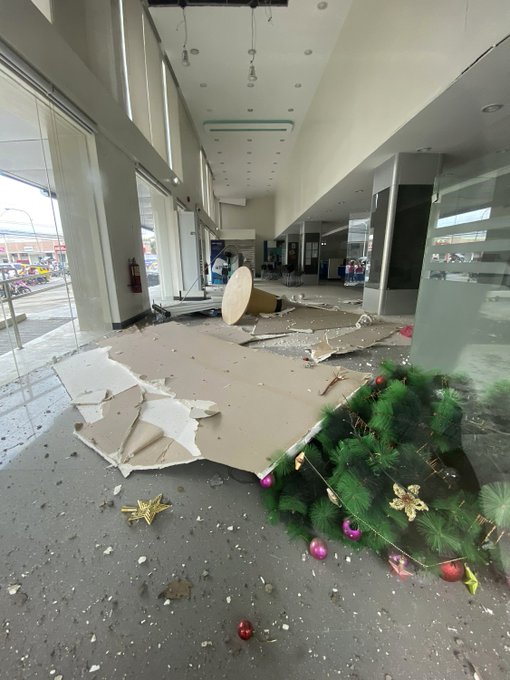 In an updated report, the Philippine Institute of Volcanology and Seismology (Phivolcs) said the quake, which struck at 2:11 p.m. local time, hit at a depth of 3 kilometers, about 5 kilometers northwest of Matanao town in Davao del Sur.

Police said among the dead is a six-year-old from Asinan, a village in Matanao town in Davao del Sur. She died after hit by a concrete wall of her house.

A three-storey supermarket building collapsed in Padada town, trapping people under the debris. At least three people died and several others injured in that incident, Chief Superintendent Samuel Tadeo of the provincial Bureau of Protection told a radio interview.

Several market vendors were also pinned by a collapsed wall in Padada.

Rescue operations were temporary stopped due to aftershocks, a local mayor said.

The quake, which was tectonic in origin, has so far triggered almost 90 aftershocks, Phivolcs Director Renato Solidum said.

Aside from Matanao town, Solidum said the quake was also felt in the neighboring towns. President Rodrigo Duterte's hometown, Davao City, was also among those areas rattled by the quake. Presidential spokesperson Salvador Panelo said Duterte and his family are "ok."