WORLD At least 4 killed in shooting in Fredericton, Canada

At least 4 killed in shooting in Fredericton, Canada 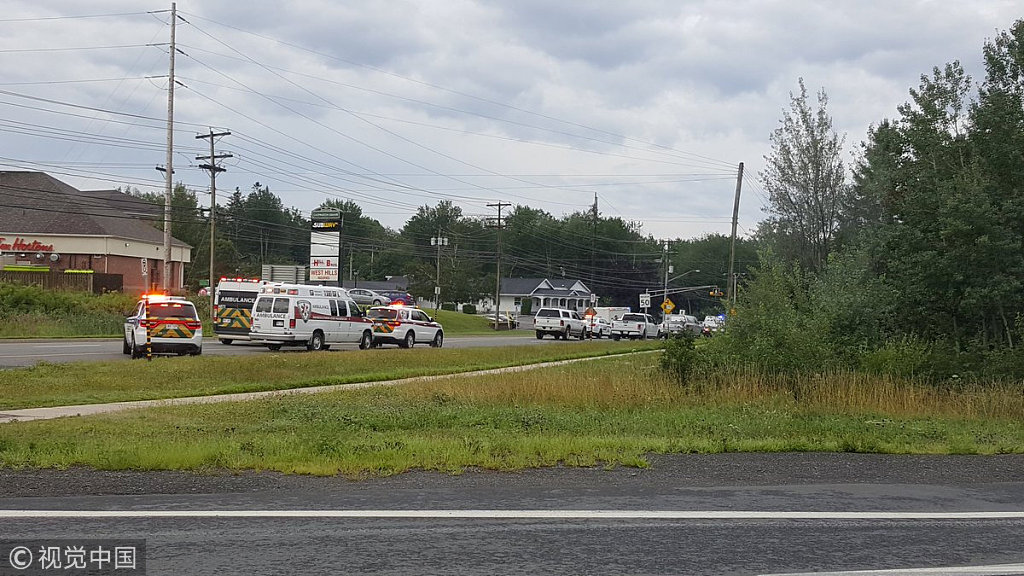 Emergency vehicles are seen at the Brookside Drive area in Fredericton, Canada August 10, 2018 in this picture obtained from social media. (Photo: VCG)

Four people, including two police officers, were killed in a shooting incident in eastern Canadian city of Fredericton Friday morning. Police said public should avoid the area, while residents were advised to "stay in their homes with doors locked at this time for their safety".