WORLD At least 4 killed in shooting in S. California

At least 4 killed in shooting in S. California 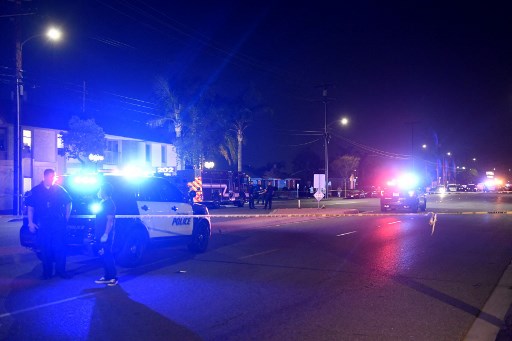 Police officers stand outside an office building were multiple people were killed in a shooting in Orange, California on March 31, 2021. (Photo: AFP)

The Orange Police Department was quoted as saying that they responded to reports of a shooting around local time 5:30 p.m. (0030 GMT) and then found "multiple victims at the scene including fatalities" where shots were being fired.

Four people were pronounced dead at the scene and two others were transported to nearby hospitals, according to the Metro City Fire Authority Dispatch, an emergency organization providing fire and emergency medical services to over 1.2 million residents in Southern California, including the city of Orange.

Local ABC 7 news channel said police only confirmed that there were several victims at the scene, and some were killed but an exact victim count was not available.

The suspected shooter was in custody and transported to a hospital in unknown condition.