WORLD At least 40 dead due to extreme weather in US

At least 40 dead due to extreme weather in US 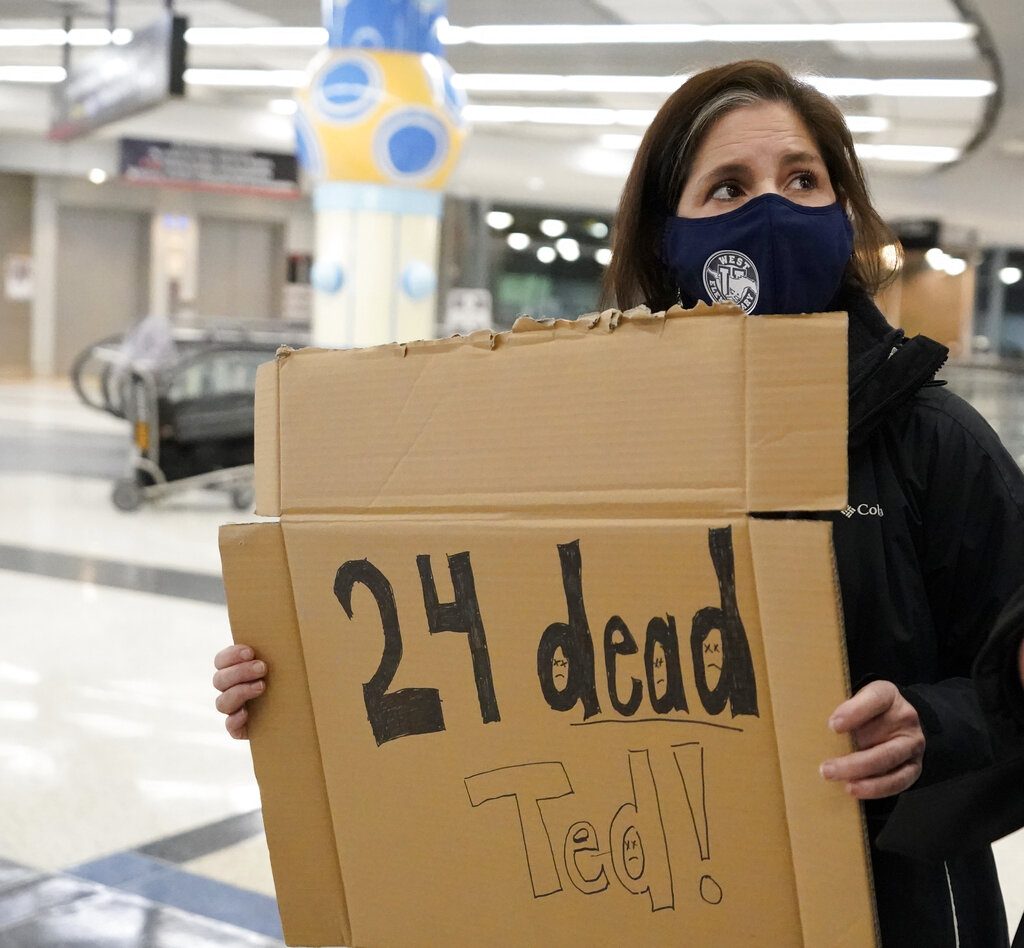 Mary Kay Hoffman holds a sign as she waits for the arrival of Sen. Ted Cruz, R-Texas, at the international arrivals terminal at George Bush Intercontinental Airport Thursday, Feb. 18, 2021, in Houston. (Photo: AP)

The extreme weather was blamed for the deaths of at least 40 people as of Thursday, some while trying to keep warm during record freezing weather in America's central and southern states.

In the Houston area, one family died from carbon monoxide as their car idled in their garage. A 75-year-old woman and her three grandchildren were killed in a fire that authorities said might have been caused by a fireplace they were using. 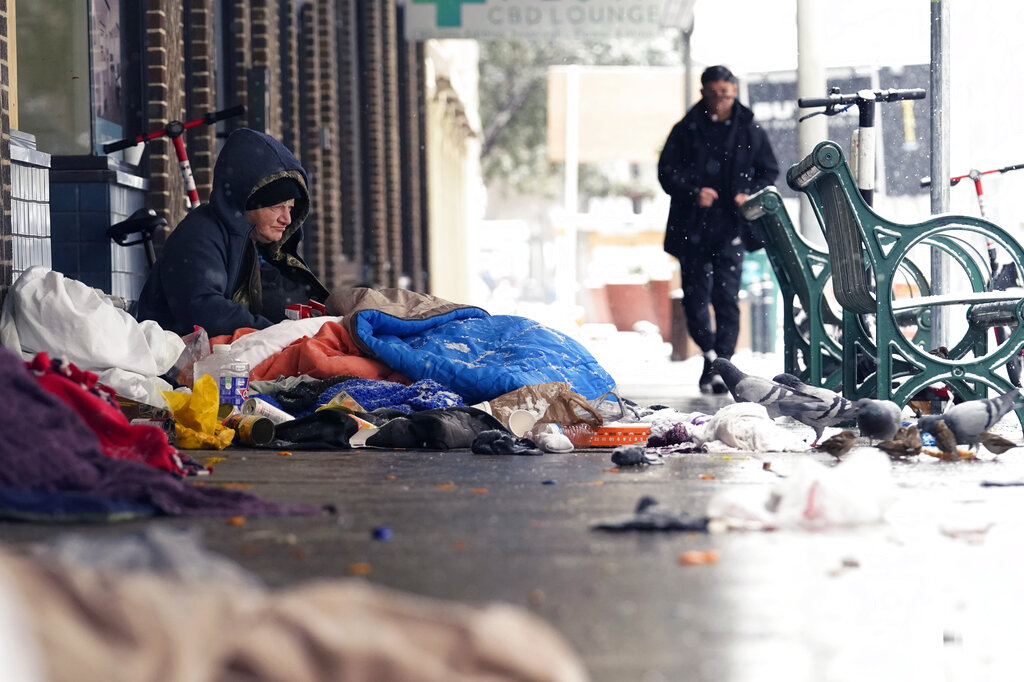 In Arkansas, officials say 69-year-old Jessie Roberts was found dead Wednesday after falling into a frozen pond in Magazine, about 90 miles northwest of Little Rock.

A 77-year-old Kentucky woman was found dead Wednesday night likely died of hypothermia after going without power and heat for two days, a coroner said. She was found by maintenance workers who were checking on her, Boyd County Coroner Mark Hammond told news outlets.

Three people died in a tornado in North Carolina. Three more fell through ice, into a pond in Tennessee, a lake in Oklahoma and a swimming pool in Louisiana.

A 9-year-old boy was killed while having fun with his father in Tennessee. His dad was pulling him on a tube behind an ATV on an icy street when the boy slammed into a mailbox.