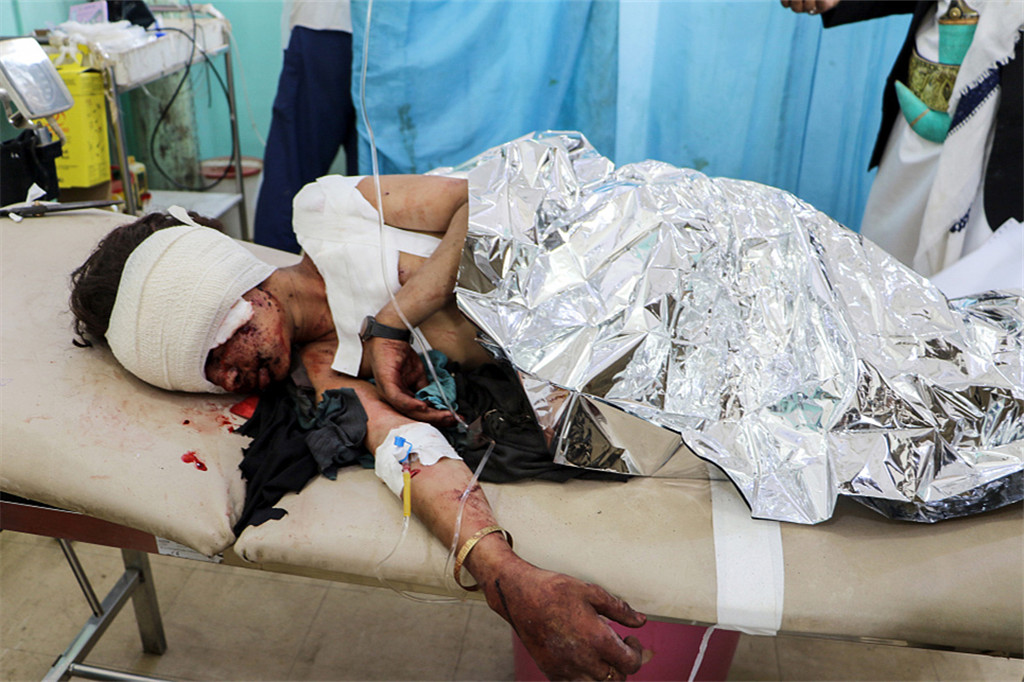 A wounded Yemeni child lies on a bed at an emergency clinic, after being hit in an airstrike in Saada on Wednesday. (Photo: VCG)

"A total of 43 people, mostly pupils under the age of 10, were killed and 64 injured when two Saudi-led airstrikes hit buses in Dhahyan popular market," Yahya Shayem said.

Meanwhile, head of delegation for the International Committee of the Red Cross (ICRC) in Yemen said on a twitter that "scores were killed, even more injured, most under the age of 10."