At least 5 killed, 30 injured in train-school bus collision in Serbia

BELGRADE, Dec. 21 (Xinhua) - At least five people, including children, were killed and 30 others injured in a train and school bus collision at the railway crossing near the southeastern Serbian city of Nis on Friday morning, police confirmed. 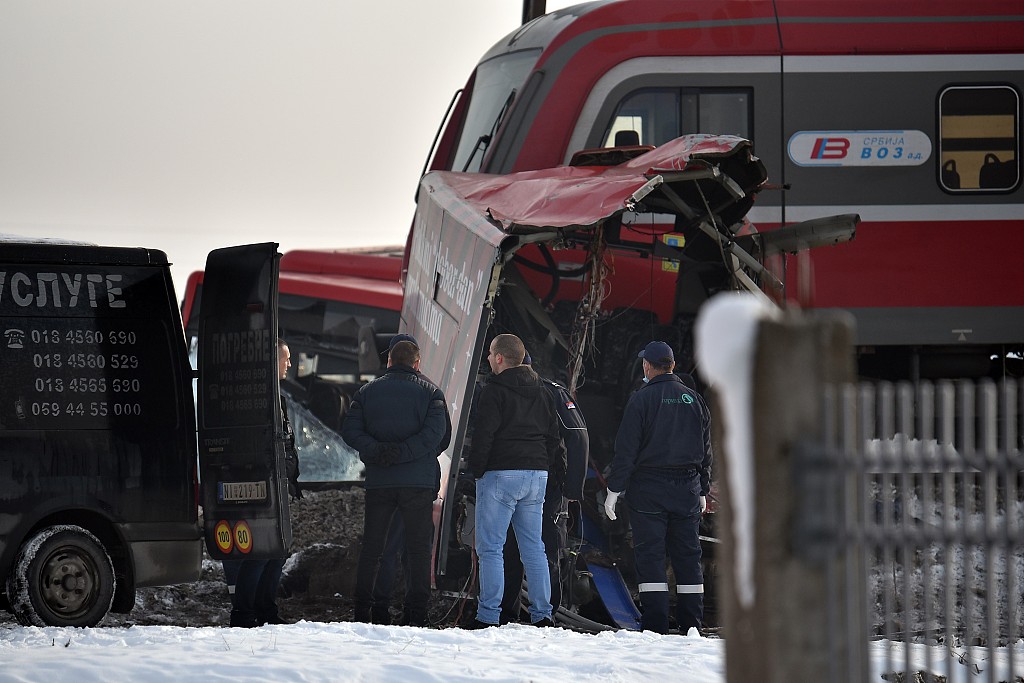 According to the Serbian national broadcaster RTS, the bus was transporting children to a high school when the train struck the bus and cut it in two.

Two adults and one boy died on the spot, confirmed the Director of the Clinical Center of Nis, Zoran Radovanovic.

Another two people died during operations at the clinical center.

Another 13 injured minors were also transported to Nis, where doctors struggle for the lives of more than 10 people with very serious injuries, while parents and relatives of children from the stand gathered in the hallways, the report said.

Due to this accident, the train slipped off the rails and the railway traffic on this section of the railway line was interrupted, according to a statement of the company "Railway Infrastructure of Serbia".

At the scene of the accident are police, firefighters and ambulance, as well as the railway commission for the investigation of extraordinary events.

The cause of the accident is not known at this time.