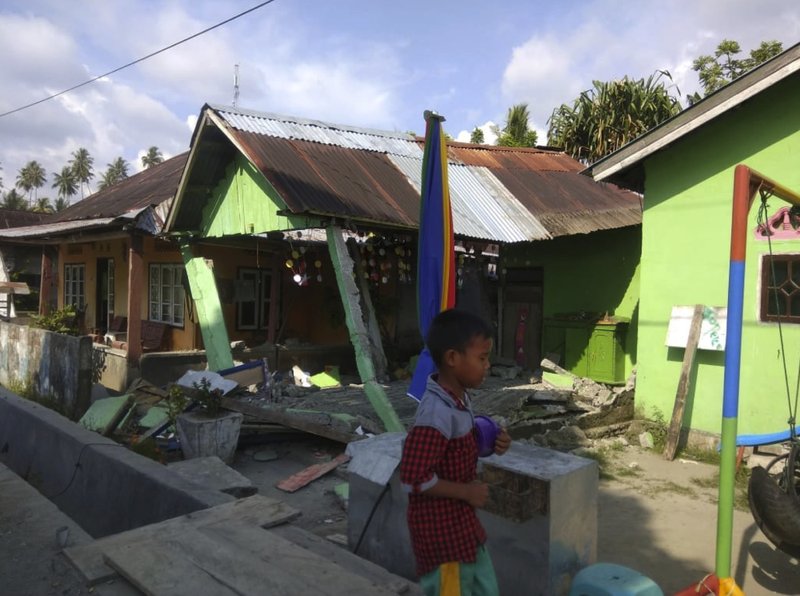 "One family in one house, five people, were missing after tsunami swept the house. The tsunami also damaged scores of houses," Sutopo told Xinhua over phone.

The tsunami struck at the height of between 0.5 meters up to 3 meters, head of the meteorology and geophysics agency Dwikorita Karnawati told a press conference.

The sea waters have now receded, the official said.

The tsunami was triggered after a series of strong quakes, including a 7.4 magnitude one, jolted central parts of the country on Friday afternoon.

One person was confirmed dead and 10 others injured after the quakes.

The toll may rise as assessment of the destruction is underway, said the official.

Twelve minutes after the quake, a strong aftershock of 6.1-magnitude followed.

The 7.4 magnitude quake rattled about three hours after a revised 6.0-magnitude quake jolted the area, killing one person and injuring 10 others with scores of houses damaged.

The jolts were felt strongly in Sirenja sub-district of Dongala district, triggering panic and forcing folks to rush outside their houses, Sutopo Purwo Nugroho said earlier.

The quakes led to the closure of the main airport in the province and cut off communication, officials said.

Indonesia is prone to quake as it lies on a vulnerable quake-affected area popularly known as "the Pacific Ring of Fire".