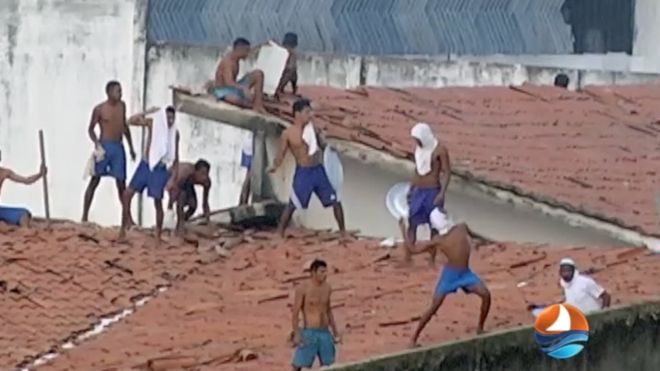 Authorities say at least 52 prisoners have been killed by other inmates during a riot at a prison in northern Brazil.

Para state prison officials say 16 of the victims were decapitated while others were asphyxiated.

Inmates also set part of the Altamira prison on fire, preventing authorities from entering parts of the facility. The total number of victims could rise.

No members of the prison’s staff were injured.