At least 57 inmates were killed, and 16 of the dead were decapitated in a prison riot in the Brazilian northern city of Altamira in Para State, on Monday as rival gang factions fought each other, an official said. 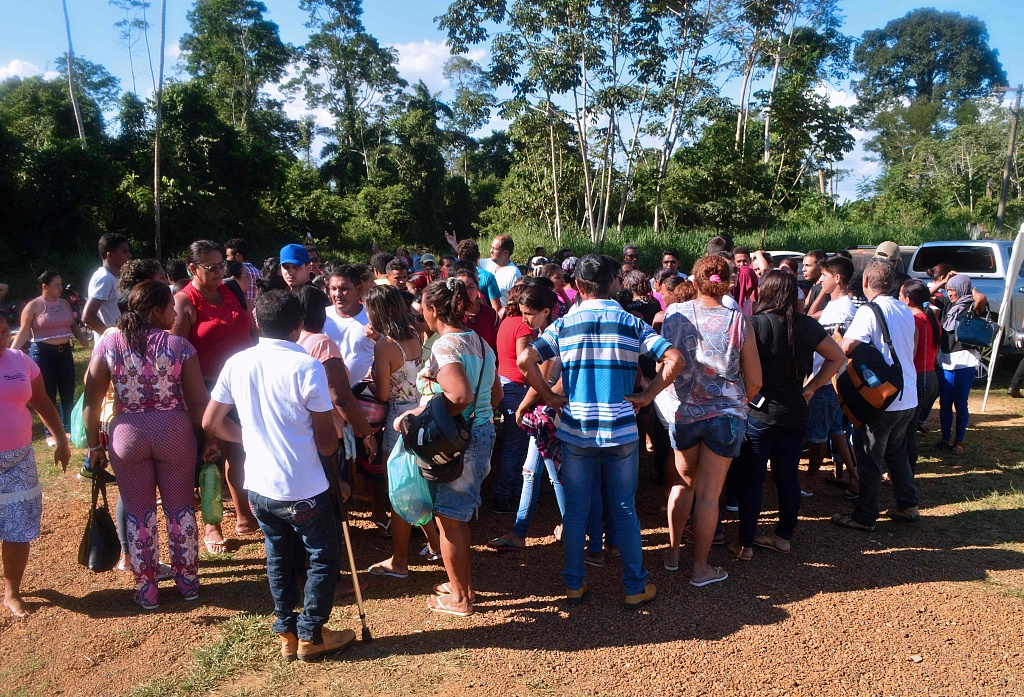 Fighting broke out in the Altamira Regional Recovery Center at around 7:00 a.m. And prisoners belonging to the Comando Classe A (CCA) gang broke out of their wing and attacked another wing controlled by the Comando Vermelho (CV, Red Command), and set fire to a cell.

Two guards were taken hostage during the hours-long clashes, which were brought under control at around midday, and they eventually got released.

Para state prison director Jarbas Vasconcelos said the violence is a targeted act, and the aim was to show that "it was a settling of accounts between the two gangs." He added that there was no prior intelligence that suggested an attack would take place.

"We found decapitated bodies and rest were asphyxiated," Vasconcelos said. "The situation has been controlled. It was an attack by one criminal organization on the other. They entered, set fire and killed, and ended the attack."

Brazilian TV stations showed footage of thick black smoke rising from the prison compound and people sitting on the roof of a building. Other images showed flames inside a building that almost reached the ceiling and people, apparently prisoners, sitting on the ground outside.

"It is likely that many detainees died from asphyxiation (from smoke)," Vasconcelos said, adding that some of the bodies have not yet been recovered due to the heat inside some of the prison structures and the death toll could rise.

No firearms were found at the scene, but improvised knives appear to have been used in the turf war, according to Vasconcelos.

The Ministry of Justice and Public Security said ringleaders of the violence would be transferred to federal jails, which are more secure.