At least 6 dead, 48 rescued after migrant ship capsizes off Lebanon

At least six people died, including a little girl, and almost 50 others were rescued after a migrant boat capsized off Lebanon, state media said, in the latest tragedy at sea off the crisis-hit country.

The boat capsized on Saturday night near the northern port city of Tripoli, the departure point for a growing number of people attempting a potentially lethal sea escape.

The deadly accident, weeks ahead of parliamentary elections scheduled for May 15, is not the first of its kind for the crisis-hit country grappling with its worst-ever financial crash.

But it marks a grim reminder of the suffering behind a growing number of people, including Lebanese nationals and Syrian refugees, risking their lives at sea in search of a better future abroad.

"The army's naval forces managed to rescue 48 people and retrieve the body of a dead girl... from a boat that sank while trying to illegally smuggle them out," the army said in a statement.

It said the boat that sailed out of the Qalamoun region south of Tripoli capsized because of overcrowding and high water levels that nearly flooded the vessel.

"Most people on board were rescued," the army said, without specifying their nationalities or how many remained missing.

"Sea, land and aerial operations are ongoing to rescue those who remain missing," it said. 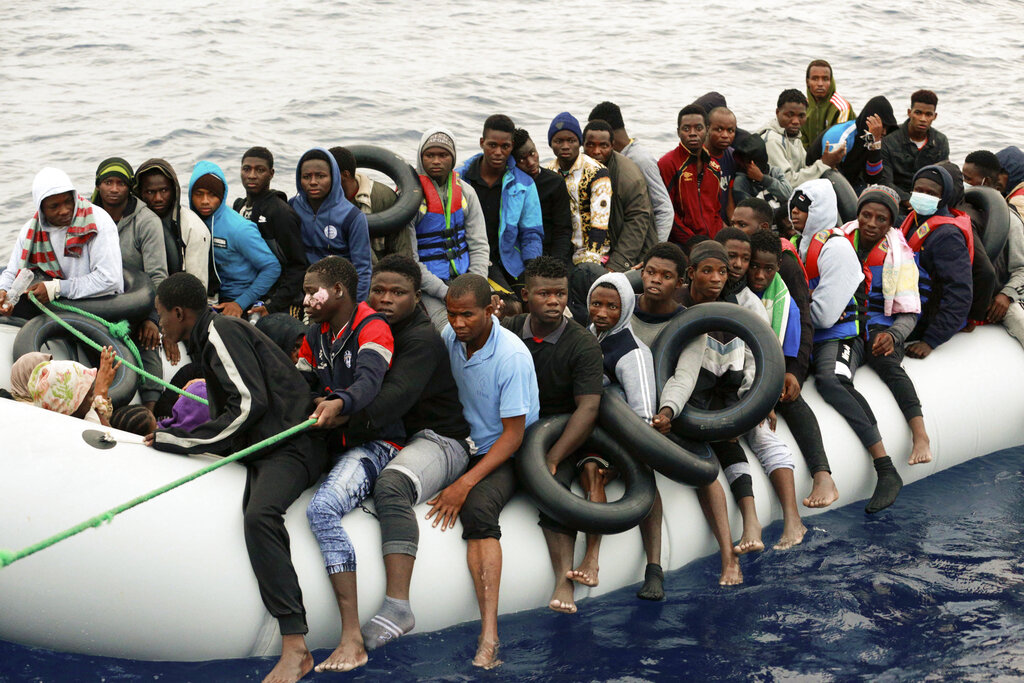 Migrants are brought to shore after being intercepted by the Libyan coast guard on the Mediterranean Sea, in Garaboli Libya, on Oct. 18, 2021. (Photo: AP)

The army said one man has been arrested for his suspected involvement in the smuggling operation.

The army retrieved five corpses off Tripoli's coast on Sunday, the state-run National News Agency reported, revising an earlier tally of eight dead, hours after the body of a little girl was returned to shore.

One of the survivors claimed an army boat was chasing the migrant ship causing it to sink.

"The patrol boat crashed into us twice...to drown us," the man told AFP at the port, before he was silenced and carried off by a crowd of survivors' relatives.

Last November, a boat carrying dozens of would-be migrants also sank off Tripoli's coast after being chased by the Lebanese army.

The passengers were rescued and towed back to shore.