At least 6 killed, others Injured in Manhattan shooting/car ramming incident 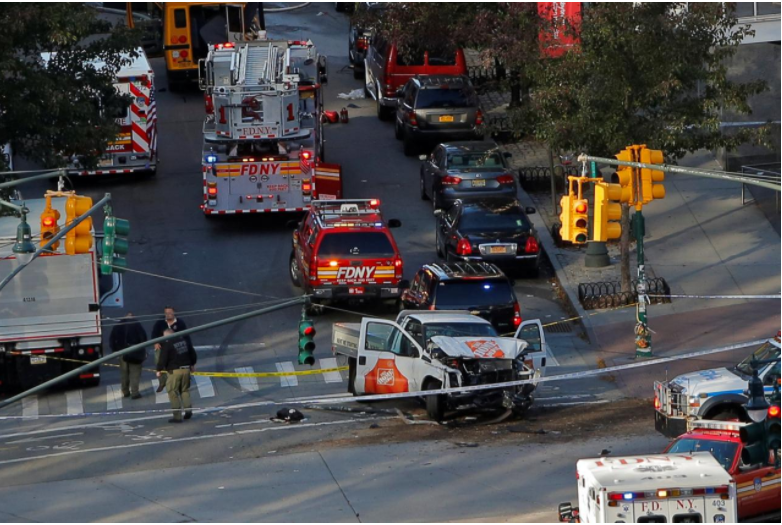 At least six people were killed and multiple people injured Tuesday afternoon in an incident on the west side of lower Manhattan in New York City.

New York City police were investigating reports of gunfire and a vehicle striking people in lower Manhattan on Tuesday afternoon, and one person has been taken into custody, police officials said.

Police were unable to confirm if there were any injuries, but local media reported at least five, including possible fatalities. The incident took place near the West Side Highway and Chambers Street, police said.

An eyewitness told ABC Channel 7 that he saw a white pick-up truck drive south down the bike path alongside the West Side Highway at full speed and hit several people. The witness, a man identified by the name “Eugene,” said bodies were lying outside Stuyvesant High School, one of the city’s elite public schools.

He also reported hearing about nine or 10 shots, but was not sure where they came from.

The West Side Highway runs on the western edge of Manhattan, alongside the Hudson River.