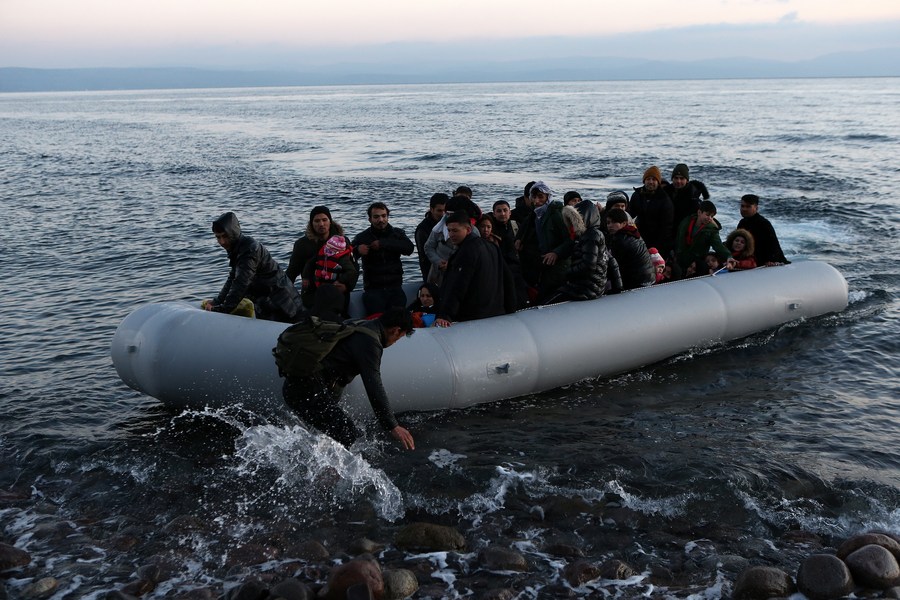 ISTANBUL, Sept. 24 (Xinhua) -- At least six illegal migrants died while 15 others were rescued on the Agean Sea on Saturday after their life raft sank, according to the Turkish Coast Guard.

The coast guard said in a written statement that the incident occurred at around 11 a.m. local time (0800 GMT) off the northwestern Canakkale province.

The force has not revealed the total number of migrants on board and their destination. It noted that search and rescue activities continue on the sea over the possibility that some of the migrants onboard are still missing.

According to the statement, the investigation was launched to find the causes of the incident.

On Friday, one migrant died while 46 others were rescued on the Agean Sea after their boat broke down.

Türkiye, a country of over 80 million, hosts more than 4 million refugees. Some migrants come to the country, fleeing from conflicts in the surrounding region, while some aim to journey further from Türkiye into Europe.