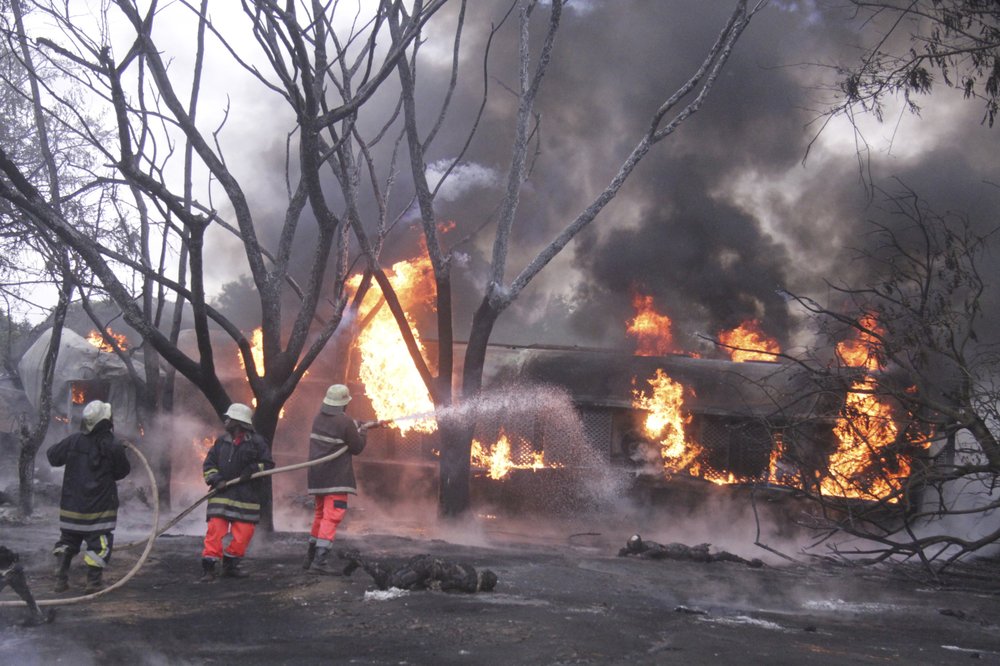 Fire fighters try to extinguish a Patrol Tanker blaze, Saturday, Aug. 10 2019, in Morogoro, Tanzania. A damaged tanker truck exploded in eastern Tanzania Saturday as people were trying to siphon fuel out of it, killing at least 62, in one of the worst incidents of its kind in the East African country. (Photo: AP)

Seventy others were critically burned as they tried to scoop fuel coming out of the tanker, said Stephen Kebwe, Morogoro regional commissioner.

"We are in a horrible situation as rescuers, including soldiers from Tanzania People's Defense Force, are at the scene trying to save the lives of the victims," Kebwe told Xinhua on the phone.

The number of deaths could rise as some of the victims were critically burnt and rushed to the Morogoro regional hospital, said kebwe.

According to the official, the accident occurred at around 8 a.m. local time (0500 GMT) when the fuel tanker traveling from Dar es Salaam to upcountry overturned as the driver tried to avoid knocking down a motorcycle rider.

"When the tanker overturned, people, mostly youths, started to fetch petrol and one of the victims tried to disconnect the tanker's battery, igniting fire that burned people around the area," said Kebwe.

"A huge fire engulfed the area killing those around. I have never experienced this ghastly situation before," he added.