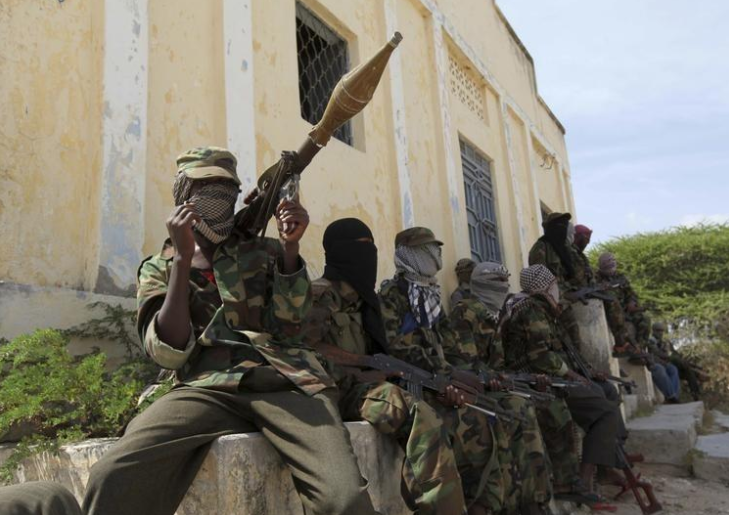 Al Shabaab soldiers sit outside a building during patrol along the streets of Dayniile district in Southern Mogadishu, March 5, 2012. Photo: REUTERS/Feisal Omar

Somali security forces on Monday killed at least seven al-Shabaab militants and injured a number of others following heavy fighting with insurgents in Bay region, in the south part of the Horn of Africa nation.

Burhakaba District Commissioner in Bay region Mohamed Ibrahim confirmed that four government soldiers, including a senior commander, were killed in the fighting.

"We have killed seven al-Shabaab militants, injured several others and recovered four guns after fighting that lasted several hours in Lug-habar location, along the road which joins Burhakaba and Baidoa town in this region," Ibrahim said.

He said the Somali National Army (SNA) conducted the operation against al-Shabaab militants in the area after getting information that the insurgents had mounted a checkpoint in the area.

The group said its fighters ambushed a SNA convey from Baidoa town, the administrative capital of Southwest State in Somalia to Burhakaba town.

The latest fighting came amid military operations in the region to flush out insurgents who have been mounting near-daily attacks on African Union peacekeeping mission bases, government installations and other public places.