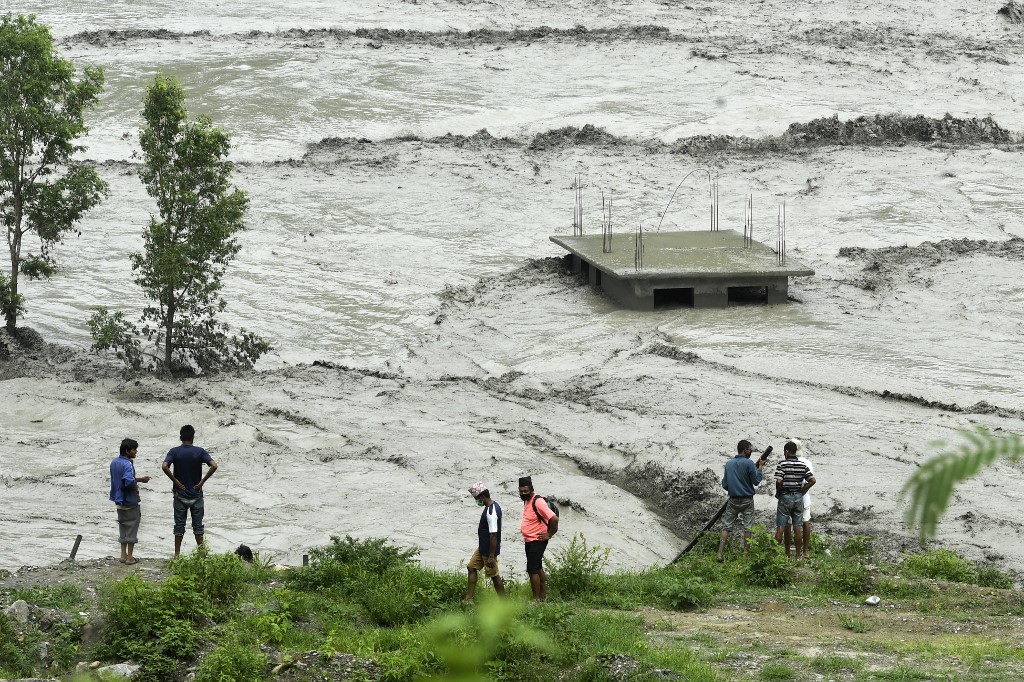 Residents stand along the banks of the overflowed Melamchi River following heavy monsoon rains in Sindhupalchok, some 70 km northeast of Kathmandu on June 16, 2021. (Photo: AFP)

At least seven people were killed, and dozens were missing after houses and bridges were washed away when a river burst during heavy monsoon rains in Nepal, local media reported on Wednesday citing officials.

The landslide caused by the monsoon deluge blocked a river, which then burst and sent a flood of water downstream late Tuesday, inundating a settlement in Sindhupalchowk district near the capital Kathmandu.