At least seven people died and nearly 80 were injured after a shuttle train linking the Moroccan capital to a town farther north on the Atlantic coast derailed Tuesday, authorities at the accident site said. 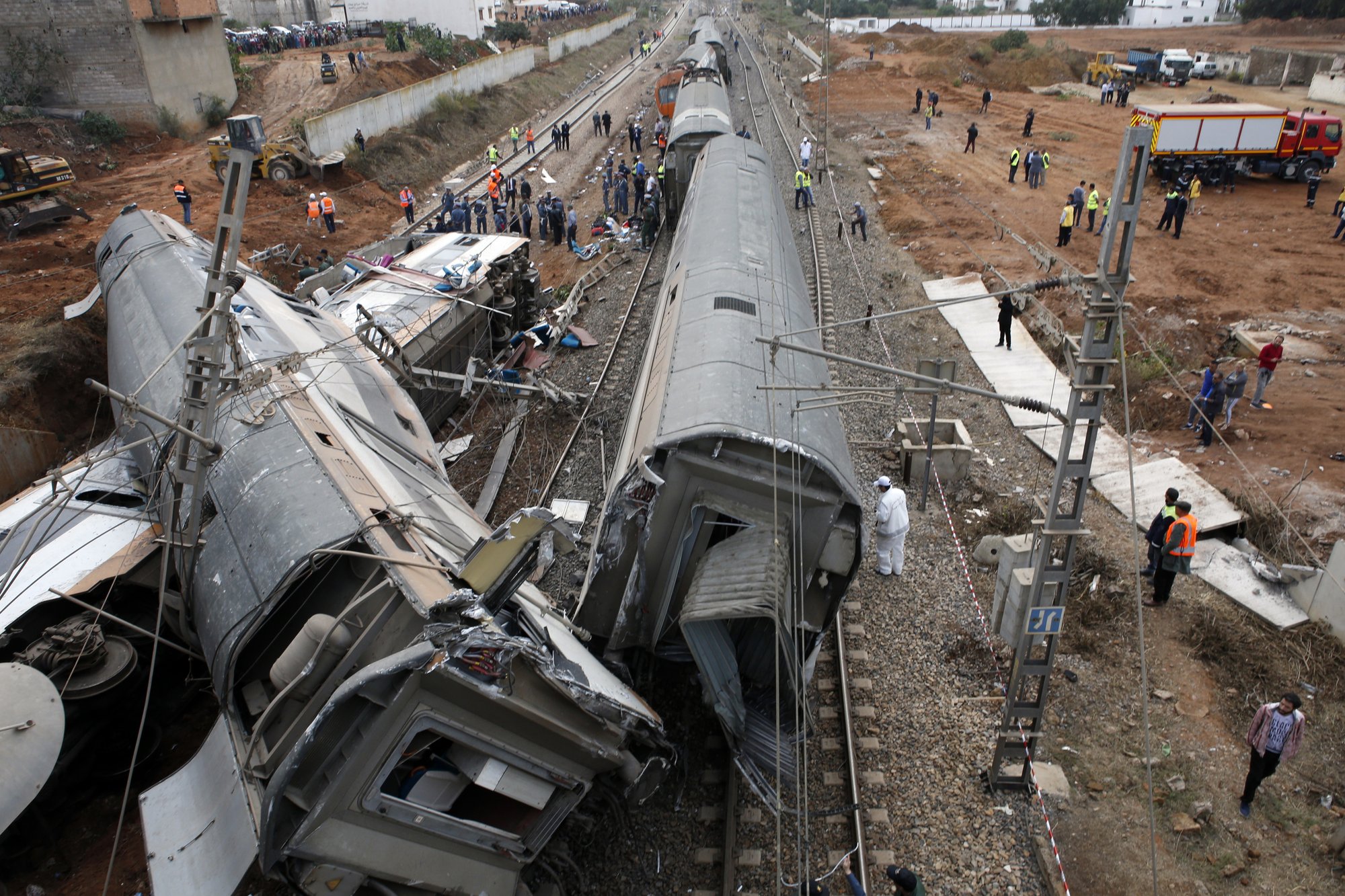 The train derailed about halfway between Rabat and the town of Kenitra, near the city of Sale. Tangled in the wreckage were doors and seats that had been gouged out of place, while passengers’ belongings and glass from broken windows littered the accident site.

Emergency workers rushed people to hospitals in Rabat, Sale and Kenitra while rescue teams searched for more victims with the help of cadaver dogs. Military personnel guarded the site as railway workers and authorities started to investigate why the train jumped its tracks. 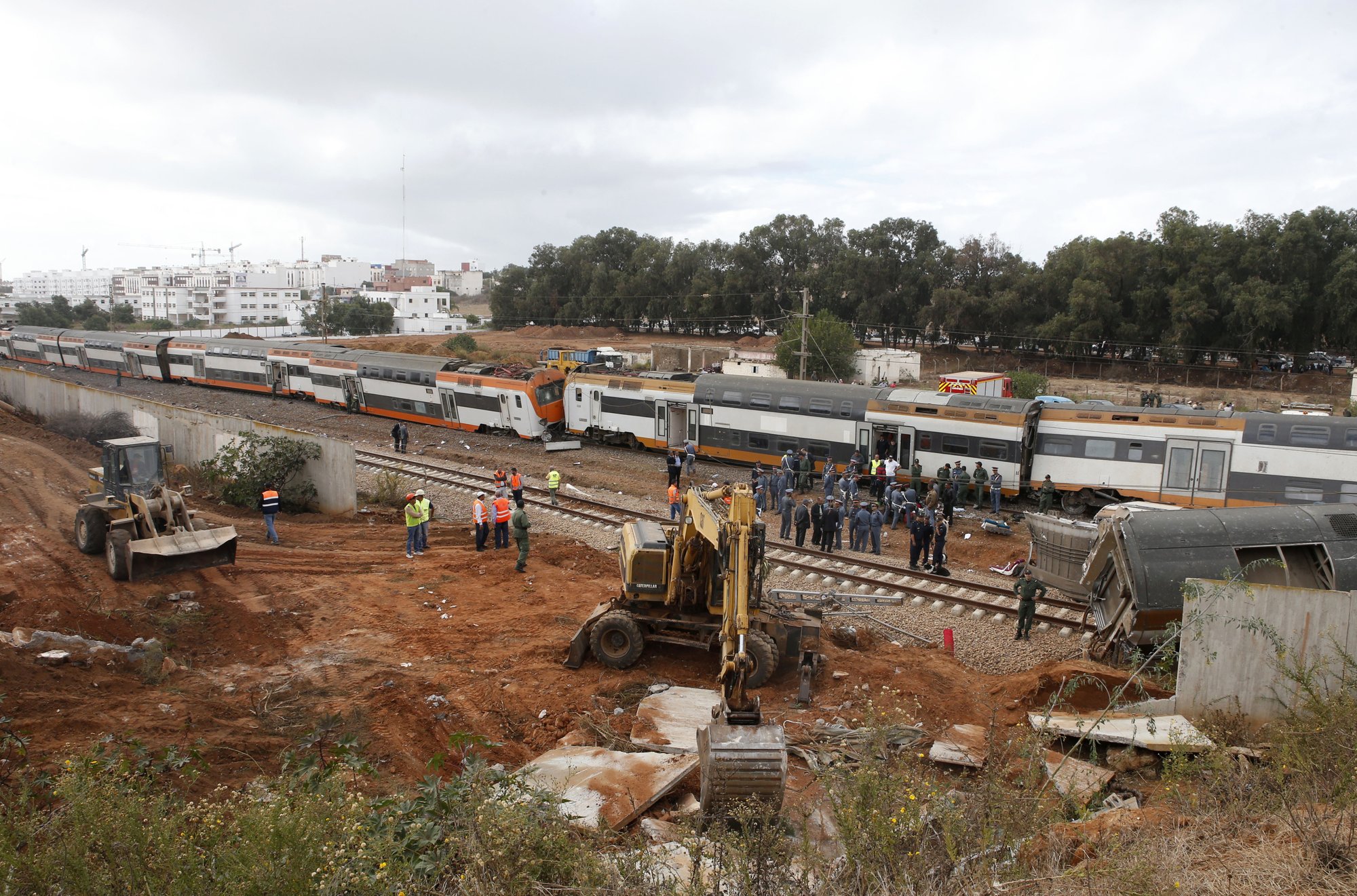 Local residents were the first to reach the scene in the town of Sidi Bouknadel, helping injured or trapped survivors out of mangled train cars and covering the bodies of the dead. They reported the accident happened at around 9:30 am

“We heard a gigantic explosion. The earth shook and the sound was unbearable,” Mourad El Kbiri, who owns a cafe near where the train derailed, told The Associated Press. “I rushed to see what happened. It was horrific. Disfigured bodies all over the place, blood and body pieces.” 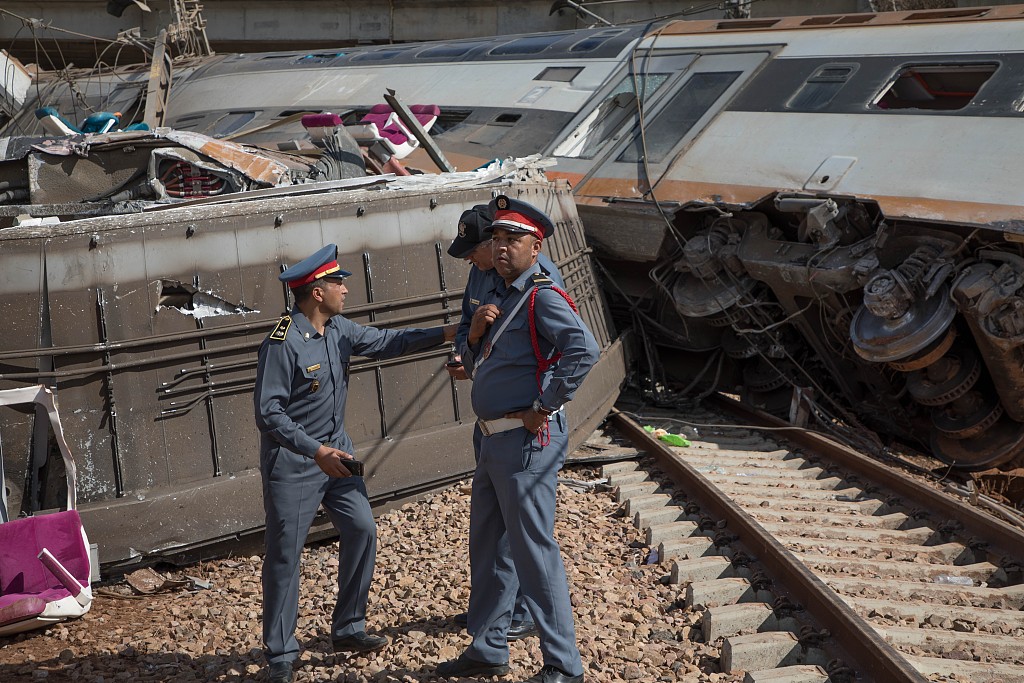 The Center for Blood Immunization declared a state of emergency and dispatched blood collection vehicles to Rabat, Kenitra, Sale and Sidi Bouknadel to receive donors.

The Moroccan king, Mohammed VI, offered to pay the costs of victims’ funerals out of his own pocket, state news agency MAP reported.