WORLD At least 7 killed in highway collision in Bolivia

At least 7 killed in highway collision in Bolivia

LA PAZ, June 10 (Xinhua) -- At least seven people were killed in a collision between a public transport minibus and a large truck near the Bolivian town of Opoqueri on the Oruro-Pisiga international highway, police said on Thursday. 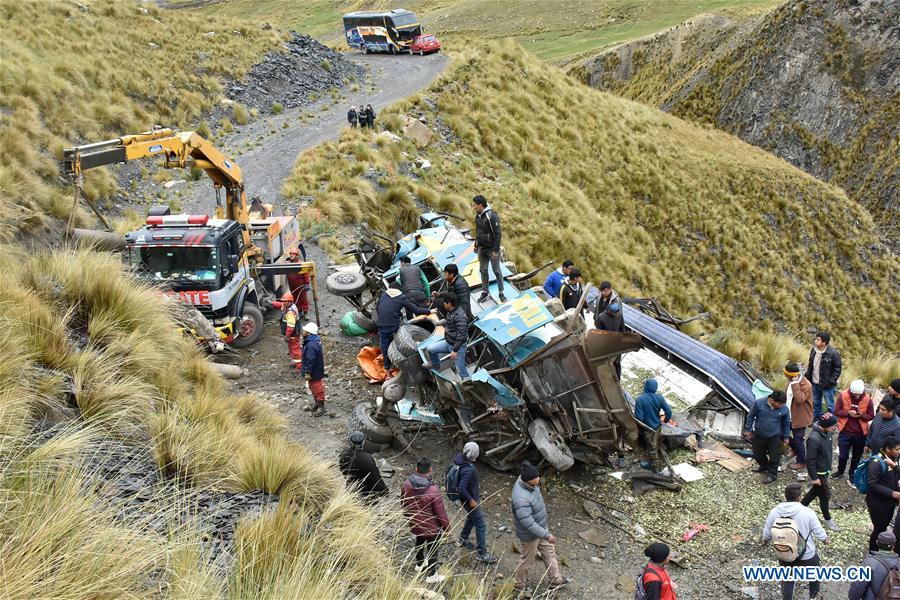 According to a report by the transit department of Oruro, the accident occurred on Wednesday night in the Bolivian highlands when the minibus from Trans Pisiga company crashed into the back of the truck.

Six minibus passengers died at the scene of the accident, while another person died at the San Juan de Dios Hospital in Oruro. All seven bodies were transferred to the Oruro morgue.

Among the dead were five men, one woman and a one-year-old girl, according to the report.

In addition, 12 people traveling in the minibus were injured and taken to nearby hospitals.