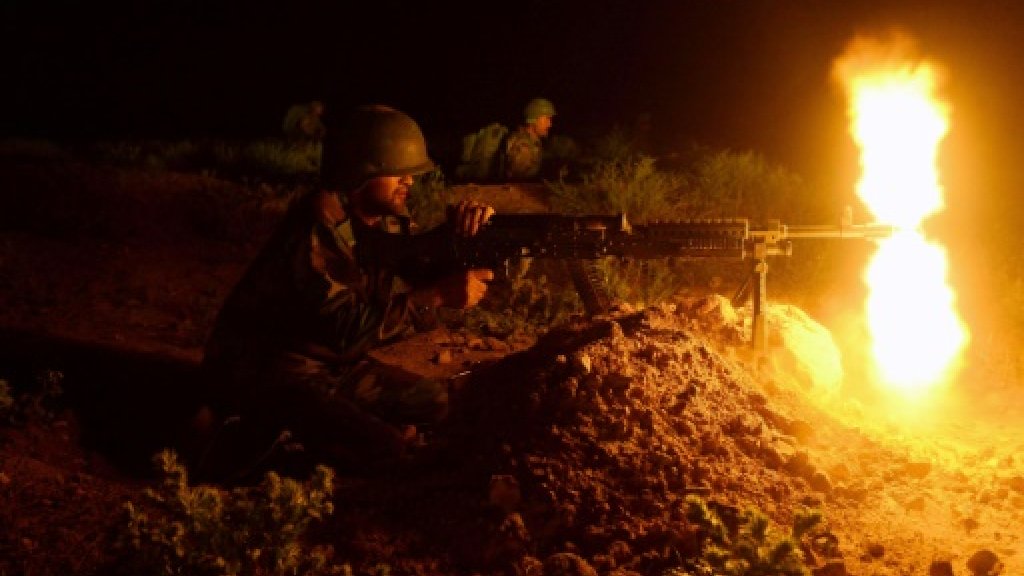 Afghan National Army soldiers take part in a military exercise at a base in Guzara district in Herat province on May 15, 2019. (File photo: AFP)

At least eight Afghan police were killed in an airstrike during a clash with the Taliban, an official said Friday, in the latest incident of potential friendly fire in the conflict.

Police were fighting the Taliban in Helmand province late Thursday when the Afghan forces called for air support.

"I can confirm an airstrike on the Afghan police, and unfortunately, eight police were killed and 12 others were wounded," Omar Zwak, Helmand provincial government spokesman told AFP.

The death toll was confirmed by interior ministry spokesman Nasrat Rahimi on Facebook. He said 11 more police had been wounded in the strike.

Rahimi said a joint delegation has been appointed to investigate the incident.

Meanwhile, another official -- head of the Helmand provincial council Ataullah Afghan -- gave a different toll, saying 18 Afghan police were killed and 14 others were wounded.

Only Afghan and US forces in Afghanistan conduct airstrikes. There was no immediate comment from US forces.

Afghan and US forces have intensified the aerial bombardment of Taliban and Islamic State group militants in recent months.

According to US Air Force Central Command, the US dropped 7,362 bombs in Afghanistan in 2018, the highest number since at least 2010.

Incidents known as "friendly fire" are not unheard of in Afghanistan, and have bred deep mistrust between local and foreign forces.

In one of the deadliest, 16 Afghan policemen were killed in 2017, when they were mistakenly targeted by US airstrikes in Helmand.

Civilian deaths from airstrikes have also risen sharply this year.