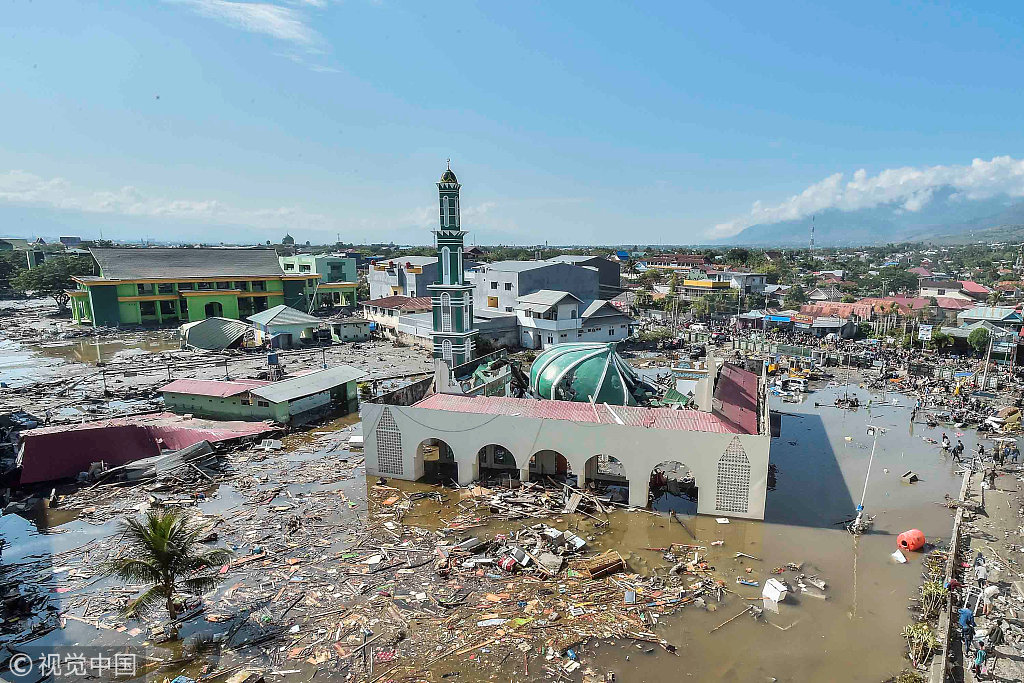 An aerial view of the Baiturrahman mosque which was hit by a tsunami, after a quake in West Palu, Central Sulawesi, Indonesia September 30, 2018. (Photo: VCG)

Bangkok (People's Daily) - The death toll from an earthquake and tsunami on the Indonesian island of Sulawesi rose to 832 on Sunday, the national disaster mitigation agency said, adding it assessed the affected area to be bigger than initially thought.

Many people were reported trapped in the rubble of buildings brought down in the 7.4 magnitude earthquake which struck on Friday and triggered tsunami waves as high as six meters, agency spokesman Sutopo Purwo Nugroho told reporters at a news conference.