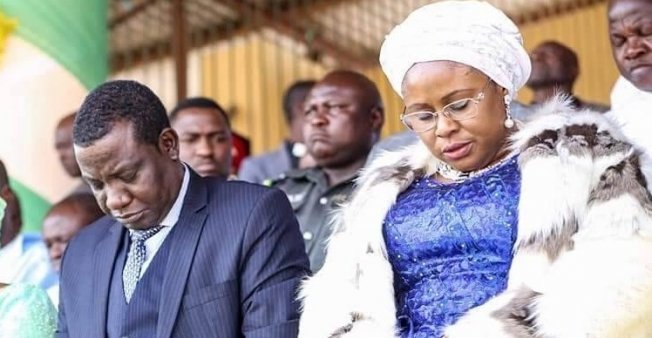 Simon Lalong, governor of Plateau state where 86 people have been reported killed in suspected violence between herders and farmers. (Photo: AFP)

At least 86 people have been confirmed killed following a coordinated attack on several villages in Nigeria's central state of Plateau, the police said on Sunday.

A police spokesman said the cause of the attack was unknown.

However, a total of 11 villages were attacked by the gunmen.

Tyopev said the remains of most dead victims had been returned to their families while some were sent to the local morgue.

He said the police had launched an investigation into the attack.

"The grievous loss of lives and property arising from the killings in Plateau today is painful and regrettable," said the president.

"We will not rest until all murderers and criminal elements and their sponsors are incapacitated and brought to justice," he said.

A dusk-to-dawn curfew has been imposed on the affected area for fears of more violence, the Plateau government said.

Plateau State governor Simon Lalong, who described the attack as "devastating," has requested security agencies to double their efforts in curbing the attacks on rural communities in the state.

Plateau State is located in Nigeria's middle belt where the Muslim-dominated north and the Christian-majority south meet.

On March 7, 2010, members of local Muslim and Christian communities fought each other in revenge for previous killings.

The state has witnessed some bomb blasts and constant rifts between locals and Fulani herdsmen, with many, especially women and children losing their lives.

The herders, pressured with the effects of climate change and others, are forced southward into the farming communities in search of better resources of grazing.

The threats posed by the fighting between herders and farmers as provided by some accounts have been more serious than those from Nigeria's Boko Haram extremist insurgency.

The conflict in the region has weighted upon the government and other political forces as general elections approach next year.