WORLD At least 9 killed, dozens injured in multiple weekend shootings across US

At least 9 killed, dozens injured in multiple weekend shootings across US

From east coast to west coast, at least nine people, including two girls, were killed and dozens injured in multiple shootings in several US states over the weekend. 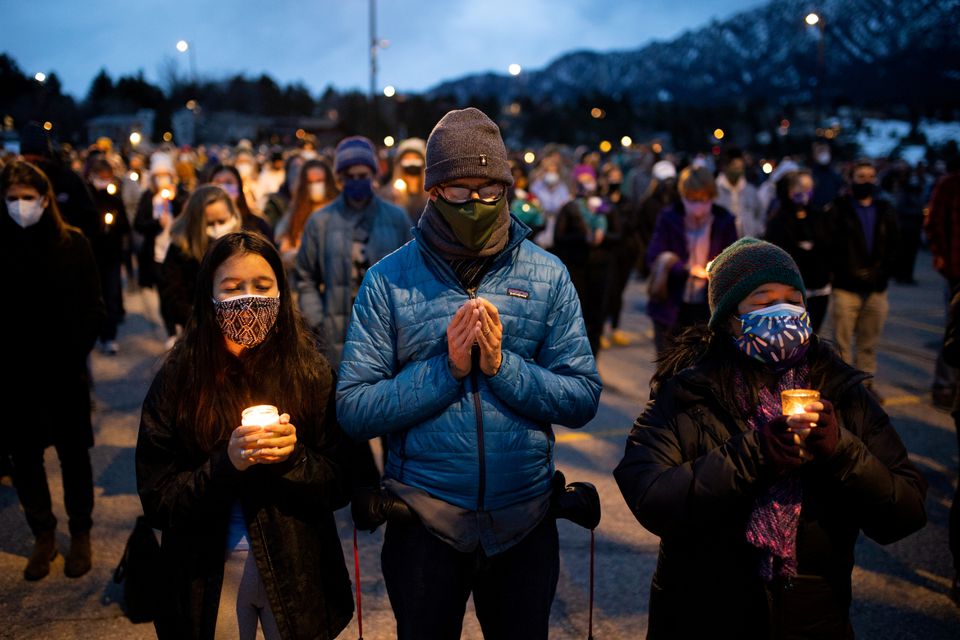 Hundreds gather at Fairview High School for a candlelight vigil to remember the victims of a mass shooting that left 10 dead at King Soopers grocery store in Boulder, Colorado, US, March 25, 2021. /Reuters via CGTN

A 16-year-old girl died just after 1 am local time on Sunday, shortly after gunfire broke out at the Bicentennial Park Amphitheater in Columbus, the capital city of Midwest state Ohio, local police said. Five other teens were injured in the shooting.

The incident occurred at a private event that was promoted on social media, according to the police statement, NBC Columbus affiliate WCMH reported.

What sparked the shooting remains unclear, and police have not identified a suspect, said the report.

In Youngstown, the ninth largest city in Ohio, three people were shot dead and five others injured at a bar on early Sunday morning, according to a CNN report, citing local police sources.

Police responded to the reports of shooting at the Torch Club Bar & Grille in Youngstown shortly after 2 a.m. local time (0600 GMT), said the report.

Detectives said some sort of argument broke out near the bar and there was "an exchange of gunfire," local media outlet WKBN reported. 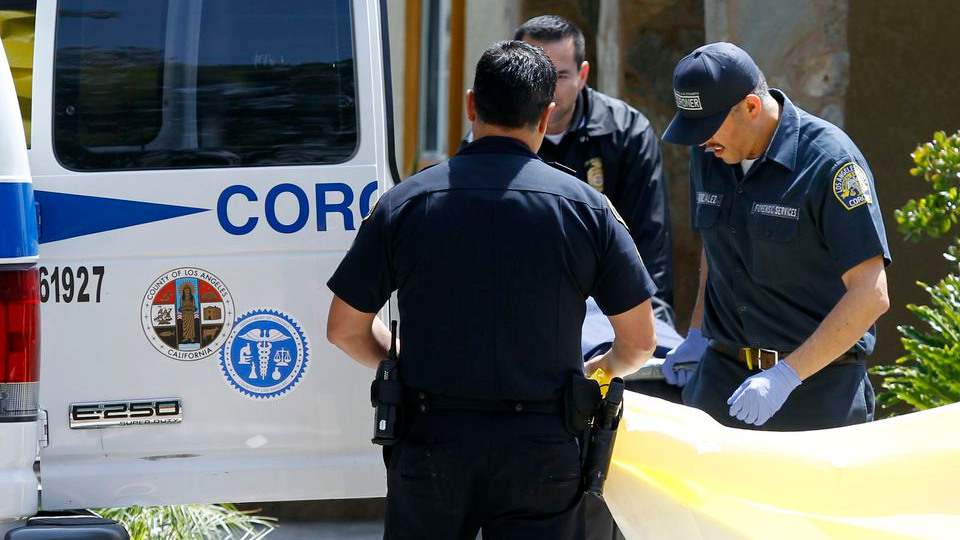 Los Angeles County coroner and forensic specialists remove a body from a home on Ramsey Way where four people were found dead, in Pomona, California, US, May 9, 2014. /Reuters via CGTN

In Bridgeton, the eastern US state of New Jersey, two people were killed with 12 others injured in a house party shooting just before midnight, the authorities said on Sunday.

The dead were a 30-year-old man and a 25-year-old woman, state police said. One of the injured, all adults, is in critical condition.

Troopers responded to the scene at 11:50 p.m. Saturday, the state police said.

More than 100 people were at that home for a party at the time, according to an ABC News report.

In North Charleston, South Carolina, a 14-year-old girl was shot dead and another 14 people were injured after an unauthorized neighborhood concert on Saturday evening, local media outlet WCIV reported on Sunday.

Authorities said the shooting occurred after a fight broke out near the concert stage. Police are investigating the incident.

In downtown Minneapolis, the US state of Minnesota, two people died and another eight were injured in a shooting incident early Saturday morning.

The Minneapolis Police Department (MPD) said officers responded to "an exceptionally chaotic scene" at 1:59 a.m. CT at a bar in downtown Minneapolis. Preliminary investigation revealed two people both pulled out guns and began shooting at each other as they got into a verbal confrontation.

"The two deceased are males. One male is in critical condition and the remaining seven have non-life-threatening injuries," the MPD said in a statement.

Despite the frequency of multiple mass shootings across the United States, major gun control legislation is unlikely due to deep partisan and cultural divide in the country, experts say.