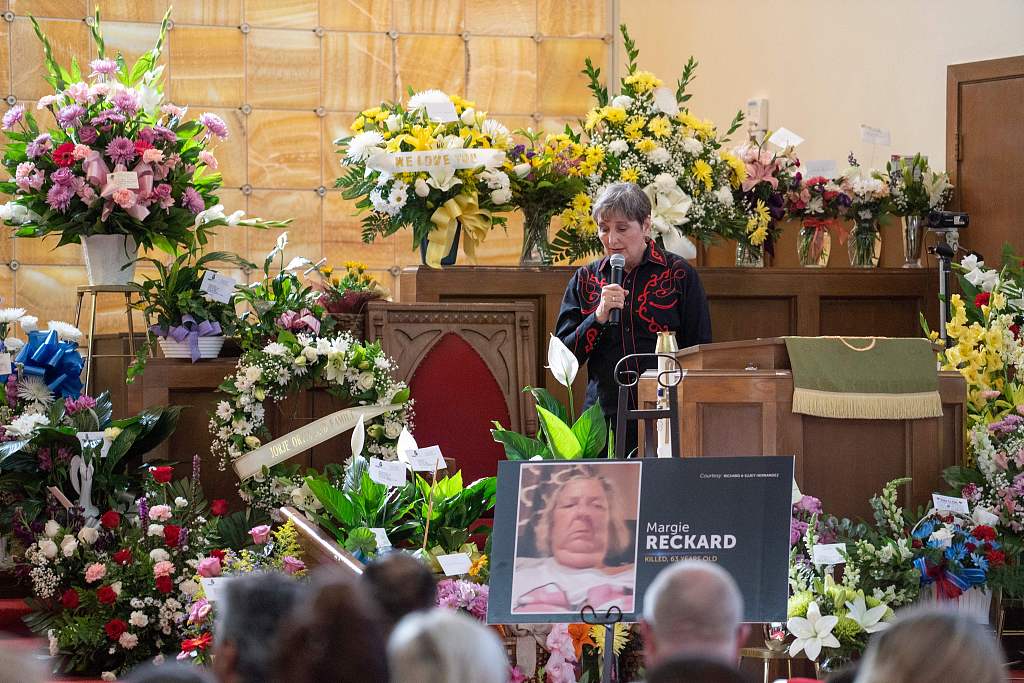 A woman speaks during the visitation service for Margie Reckard at her at La Paz Faith Center in El Paso, Texas on August 16, 2019. (Photo: VCG)

According to the latest data from Mass Shooting Tracker, at least 93 people were killed in mass shootings across the United States in August.

At present, there is still no widely accepted definition of "Mass Shooting". Nonprofits such as Mass Shooting Tracker generally use the standard that a mass shooting is that in which more than four people, shooter not included, are killed or injured at the same location.

Mass Shooting Tracker lists the number of people killed and injured in each mass shooting and gives the source of news. At least 403 people have been killed in mass shootings in the US this year by now, according to the website.

Another deadly shooting took place in Ohio. On August 4, 10 people, including the gunman, died in a shooting in Dayton, the capital of Ohio.