At least five die in car bombing at Mogadishu mall 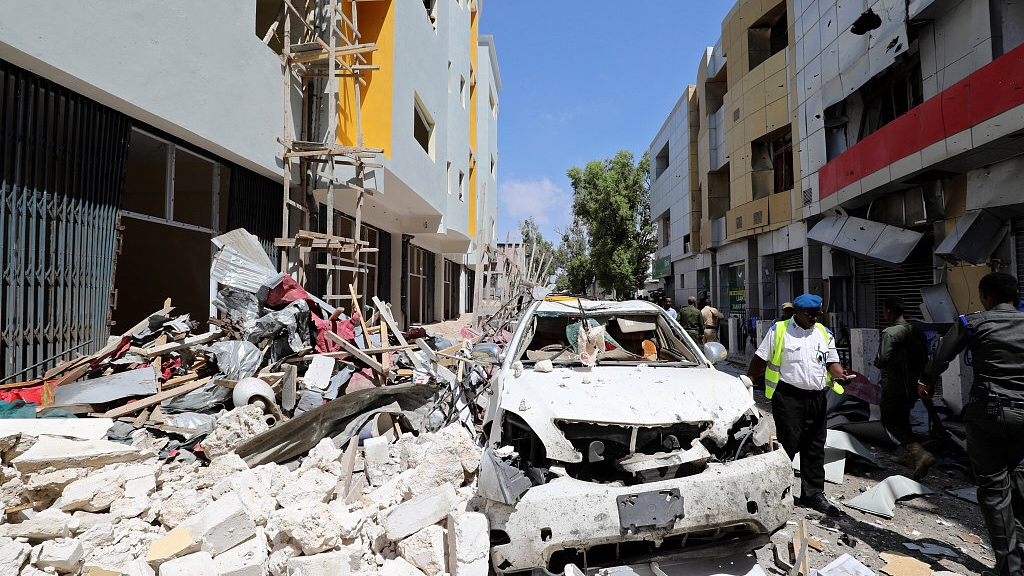 At least five people were killed and several others injured in a car bombing on Monday at a shopping mall in Hamarwayne district, a district in the Somali capital, Mogadishu, police and witnesses said.

Police officer Mohamed Abdulle told Xinhua that the car bomb was detonated at the entrance of the mall near the headquarters of the Banadir regional administration.

"We know that at least five people died in the blast but the death toll may rise," the officer said. The blast destroyed several buildings nearby, Abdulle added.

Witnesses said the police sealed off the scene immediately after the explosion.

"The blast was so huge," a witness, Sumaya Farah, told Xinhua. "We have seen a huge amount of smoke rising above the site of the explosion."

Militant group al-Shabab has claimed responsibility for the latest attack.

The bombing on Monday came amid major operations staged by Somali national forces against the al-Qaida-affiliated group in central and southern Somalia.

Somali National Armed Forces, backed by African Union Mission in Somalia, ousted al-Shabab from Mogadishu in August 2011, but the terror group is still in control of some areas in central and southern Somalia and capable of conducting attacks.