At least five people die in winter storm in California 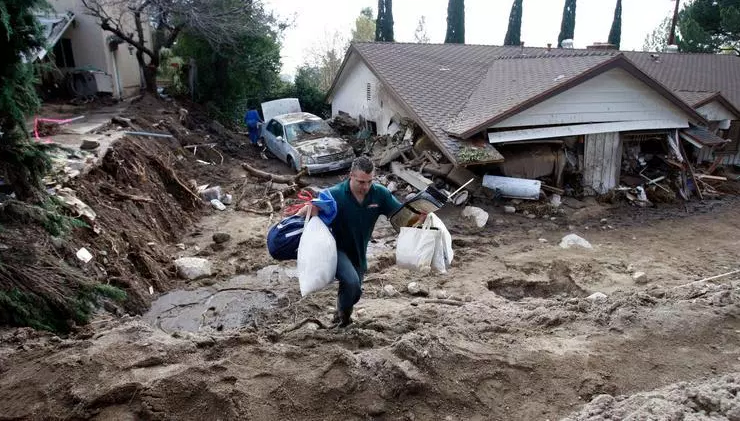 At least five people have died in a winter storm that led to mudslides in Santa Barbara County in the U.S. state of California, authorities said Tuesday.

Five people had died in the Montecito area, northwest of Los Angeles, as of Tuesday morning, said Mike Eliason, a public information officer for the Santa Barbara County Fire Department.

"The number could be changed," Eliason told Xinhua via phone.

Several homes have been wiped away by mud flows near the coastal community of Montecito, where recent devastating wildfires left charred hillsides without vegetation cover to hold the downpour.

Firefighters successfully rescued a 14-year-old girl after she was trapped for hours in the ruins of a destroyed home in Montecito.

A gas line was reportedly ruptured and several major freeways and highways were forced to be closed in the area.

The maximum rainfall generally occurred in a 15-minute span this morning near the Montecito, Summerland, and Carpinteria areas, according to National Weather Service (NWS) Los Angeles.

Montecito got more than a half-inch in five minutes, local media said.

The NWS also issued a flash flood advisory for southern Ventura and Santa Barbara County until 1:30 p.m. local time with heavy showers in the area.