At least seven people have been killed and 85 injured in flash flooding in Yemen this month, the UN said Tuesday, as the war-torn nation braces for the spread of the novel coronavirus. 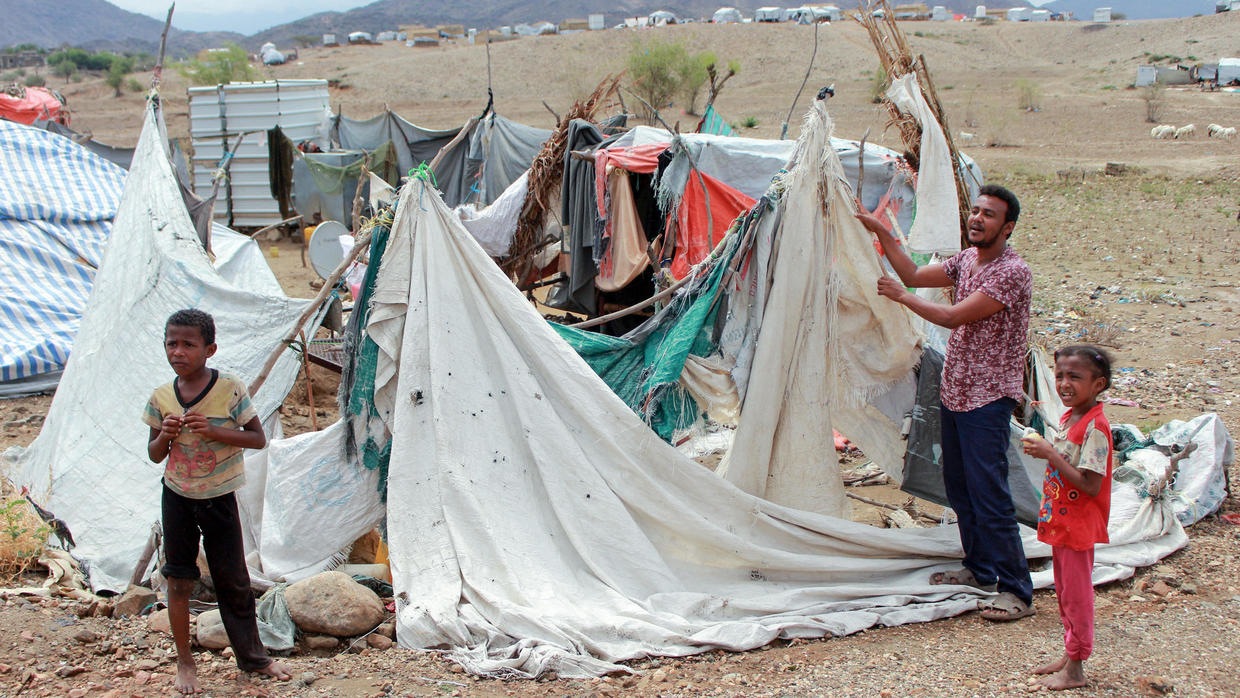 A Yemeni man rebuilds his tent after it was destroyed by torrential rain in a makeshift camp for the displaced in the northern Hajjah province. (Photo: AFP)

Yemen's prime minister Moeen Abdulmalik Saeed declared the southern city of Aden, where the government is based, a "disaster zone".

Yemen announced its first case of COVID-19 on April 10 and aid organizations have warned that its health system, devastated by conflict between the government and Huthi rebels since 2014, is ill-equipped to handle the crisis.

"Heavy rains and flooding across northern governorates, including Marib, in mid-April led to casualties and damaged property and sites for internally displaced persons," the UN humanitarian coordination agency OCHA said.

"Initial information indicated that seven people -- five women and two children -- were killed in the flooding and another 85 people were injured, including seven who were seriously injured and hospitalized."

The rebel-held capital Sanaa and districts in the same governorate "have been badly affected", it added.

Saeed said in a tweet on Tuesday that the second city of Aden "was in a state of disaster" and urged allied countries and aid organizations to help in "combating this crisis".

An AFP correspondent said vehicles were stranded in the middle of flooded city streets.

"Our office in Aden flooded today due to heavy rains," Oxfam Yemen said on Twitter. "Though people are trying to #StaySafe from #COVID_19, rain is leaving many at much higher risk."

The UN special envoy for Yemen, Martin Griffiths, said last week that progress was being made towards a ceasefire after calls for a pause to face the coronavirus threat, although military activities were continuing "on a number of fronts".

An estimated 24 million Yemenis -- more than 80 percent of the population -- depend on some form of humanitarian aid or protection for survival, according to the UN.

More than three million people are displaced, many in camps that are especially vulnerable to disease.