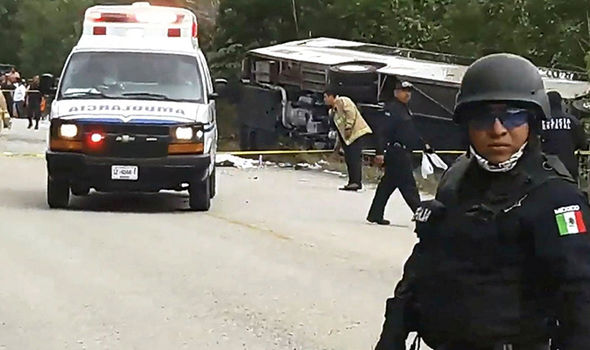 At least seven people were killed and another 28 injured in a bus crash in the city of Guadalajara in west Mexican state of Jalisco, the local prosecutor announced on Saturday.The vehicle, with around 40 passengers on board, overturned and fell into a canal Friday night when it was travelling through Tlaquepaque, a town southeast of Guadalajara.

The Jalisco prosecutor-general issued a statement, saying that by Saturday, seven people had been killed in the crash, including two children of 2 and 11 years old.

Another 25 passengers were injured in the crash and are being treated at five hospitals in the area, while another three were already discharged from hospital.

It added that the state personnel were working to find out the causes of the accident and to find the driver, who is thought to have fled the scene as his name did not appear among the injured.