At least two dead as nine-story building collapses in Russia 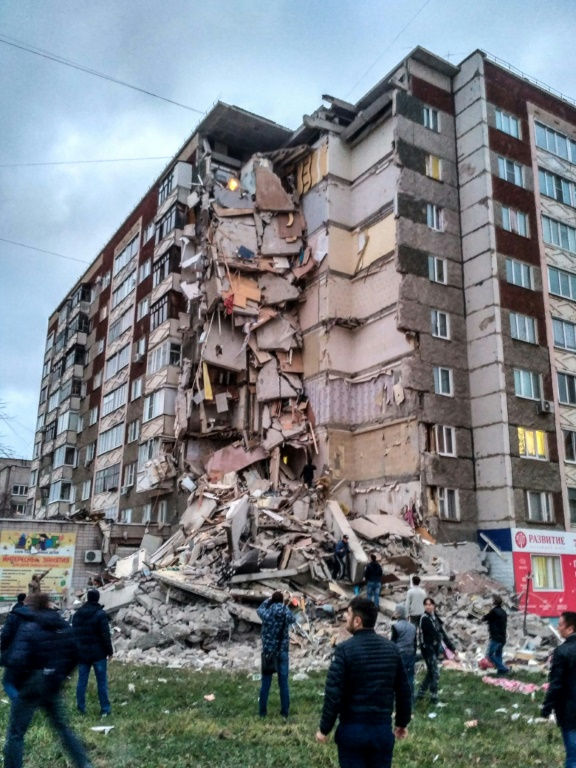 At least two people were killed when a corner section of a nine-storey residential building collapsed in the provincial city of Izhevsk, Russian authorities said Thursday.

"Four people have been recovered from under the rubble, unfortunately two are dead and two were hospitalised," emergencies ministry official Igor Kutrovsky said in televised remarks.

He said the cause of the collapse was likely a gas explosion and that other residents of the building have been evacuated.

The ministry has sent reinforcements to the city, which is located some 940 kilometres (585 miles) east of Moscow.

Another emergencies ministry representative Pyotr Fomin told TASS news agency that the collapsed area had 28 residents, estimating that "not more than 10-15 people" were at home when the accident happened.

A representative of the Investigative Committee, Vera Filippova, said a probe into the collapse has been launched.

Flats on all nine floors have been reduced to debris, with dust rising from the pile, video footage showed.

"There was the sound of such a loud blast that even the building shook," a witness named Olga who lives in a neighbouring building told state television.

The damaged building is a typical Soviet-era residential block made of concrete panels.