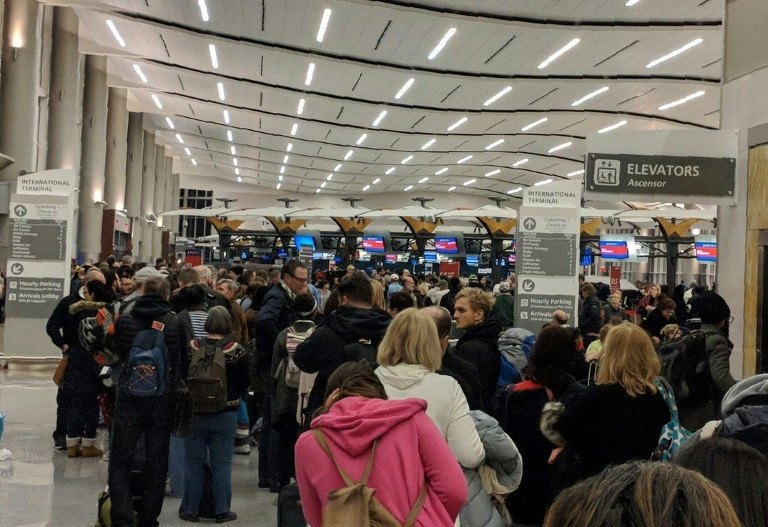 This picture obtained on the Twitter account of Mike Vizdos and taken on December 17, 2017 shows passengers waiting in the terminal of the Atlanta Hartsfield-Jackson airport in Atlanta, Georgia. Photo: AFP/Mike Vizdos

Atlanta airport, the world's busiest, slowly returned to normal Monday after an 11-hour power outage caused by an underground fire stranded thousands of passengers in the southern US metropolis and unleashed a storm of criticism.

Electricity returned, but 400 flights were canceled and long lines choked airline counters at Hartsfield-Jackson airport as carriers struggled to cope with a backlog of exhausted passengers.

Atlanta is the headquarters of Delta Air Lines, which said it had scrapped 300 flights, mostly morning arrivals, "to give the operation there an opportunity to more quickly return to normal."

Delta said it had to scrap about 900 flights on Sunday, but expected its Atlanta schedule would return to normal by Monday afternoon. 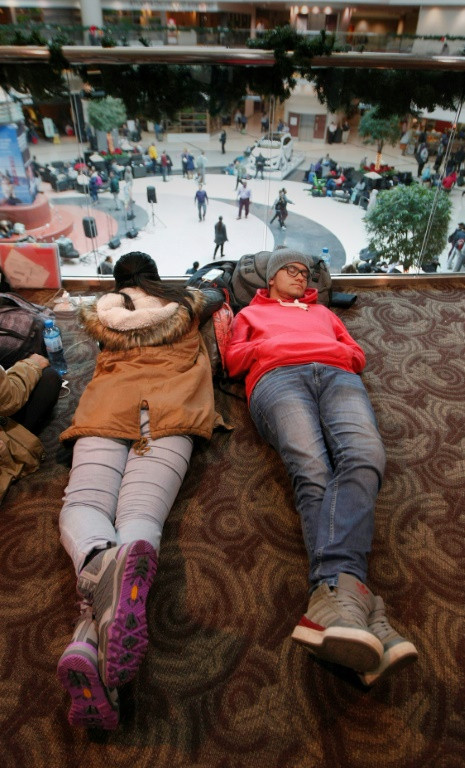 Two foreign exchange students rest at Atlanta airport as they wait for a flight the day after a power outage shut down the facility. Photo: AFP/Tami Chappell

Power abruptly went out at the airport, which serves more than 100 million passengers a year, around 1:00 pm on Sunday and was restored around midnight.

Some passengers were unable to disembark from their planes for hours after landing, while others found themselves in darkened concourses, where even some water fountains stopped working. 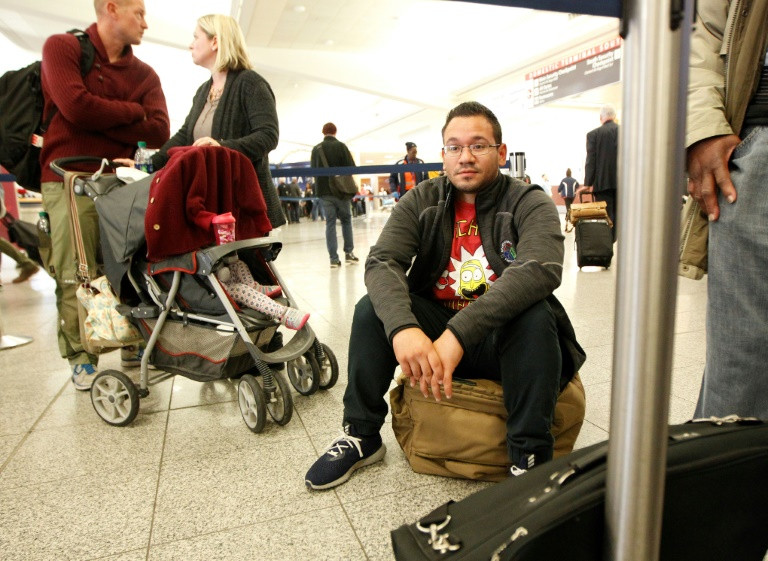 Eddie Medina of Puerto Rico sits on his luggage as he waits in line at the Delta Airlines counter at Atlanta airport the day after a power outage shut down the facility. Photo: AFP/Tami Chappell

Photos and videos from the airport showed people walking or sitting in crowded airport corridors, with windows only partially cutting through the gloom.

"There were a few emergency lights on, but it was really dark -- felt totally apocalyptic," said Heather Kerwin, who was in the terminal to take a flight for New York when the power went out.

"I decided to get the hell out of there," Kerwin told CNN.

A total of 1,180 flights to and from Atlanta were scrapped on Sunday, according to flight monitoring service FlightAware.

"We have our investigators in the tunnel," Bowers said, adding that foul play was not suspected. 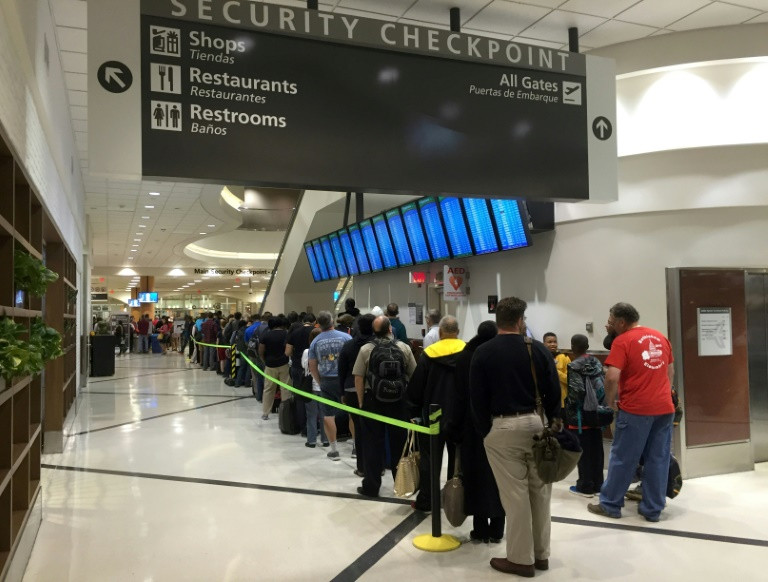 This file photo taken on May 17, 2016 shows passengers waiting to go through security at the north terminal of Hartsfield–Jackson Atlanta International Airport in Atlanta, Georgia. Photo: AFP/Mladen Antonov

"We are apologizing for this occurring."

Atlanta Mayor Kasim Reed also issued his "sincere apologies to the thousands of passengers whose day has been disrupted."

Anthony Foxx, a former transportation secretary under president Barack Obama, was among those who were stranded at the airport.

"We all understand that Snafus happen and most of the folks down here are doing their jobs to the best of their ability," Foxx tweeted.

"But, whatever the cause, it feels like this one was compounded by confusion and poor communication."

While stranded on the tarmac, he had written: "Total and abject failure here at ATL Airport today. I am stuck on flight, passengers and crew tolerating it. But there is no excuse for lack of workable redundant power source. NONE!"

Mike Vizdos told AFP that he and other passengers were trapped on their aircraft because the power went out just as it reached the terminal gate after arriving from Costa Rica.

"Sat on the plane for six hours and then cleared customs and immigration," said Vizdos, who was trying to get home to Richmond, Virginia.

"There are thousands of stories," he said.