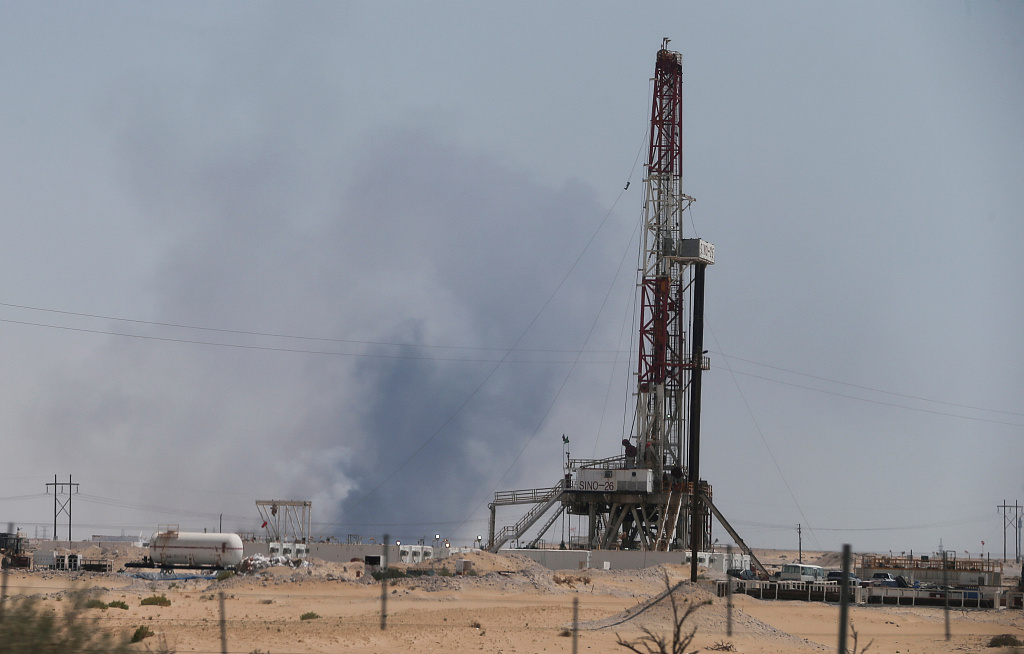 Smoke is seen following a fire at Aramco facility in the eastern city of Abqaiq, Saudi Arabia, September 14, 2019. (Photo: VCG)

The drone attacks were reported at dawn of Saturday with several explosions on Saudi Aramco plants in Khurais and Abqaiq in the east of the country, resulting in fires that were later controlled.

According to preliminary estimates, the explosions led to the interruption of a quantity of crude oil supplies estimated at 5.7 million barrels, or about 50 percent of the company's production.

Part of the decrease will be compensated for its customers through stocks, the minister said in a statement on the Saudi Press Agency.

The minister explained that these explosions have also led to the cessation of the production of associated gas estimated at 2 billion cubic feet per day used to produce 700,000 barrels of natural gas liquids, which will reduce the supply of ethane and natural gas liquids by up to about 50 percent.

He also explained that the company is currently working to recover the lost quantities, and will provide within the next 48 hours the updated information.

The minister said that the attacks and sabotage are an extension of the recent attacks that targeted oil and civil facilities, pumping stations and oil tankers in the Gulf.

The minister stressed that these attacks are not only aimed at the vital installations of the kingdom, but also on the global oil supply and its security, and thus pose a threat to the global economy.