ADDIS ABABA, July 19 (Xinhua) -- The African Union (AU) on Friday called for immediate international action on the Ebola outbreak in the Democratic Republic of the Congo (DR Congo), which has lingered for almost one year with a high number of casualties.

Speaking to a press conference at the AU Headquarters in Ethiopia's capital Addis Ababa, John Nkengasong, Director of the Africa CDC, said 2,438 cases have been confirmed and 1,621 deaths registered as of July 17 this year in the country. 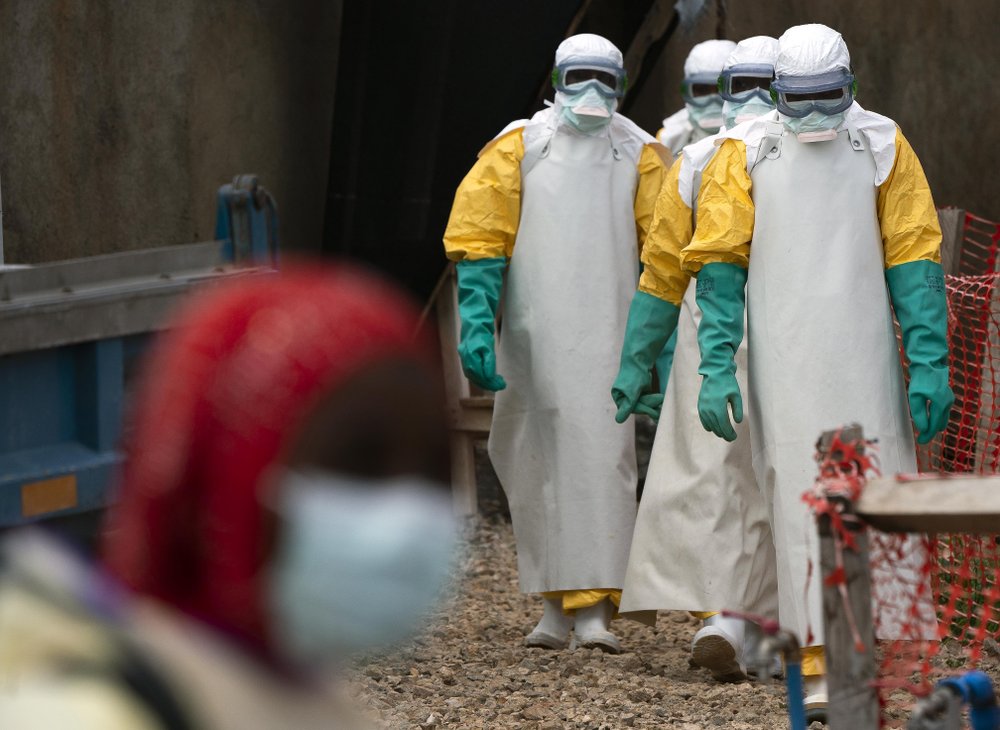 The official however emphasized that being infected with Ebola is a not a death sentence.

According to the World Health Organization (WHO), simple treatment interventions at the early stage can significantly improve chances of survival. Meanwhile, an experimental Ebola vaccine known as rVSV-ZEBOV has also proved highly protective against the deadly virus. The vaccine is also now being used in response to the current outbreak in DR Congo.

The latest round of outbreak has been limited mainly to North Kivu and Ituri provinces; and one case was recently reported in Goma, a city of about 2 million people and about 2 km from the nearest city in Rwanda. He stated that 97 contacts of the victim have been identified and 77 of them vaccinated.

On July 17, the World Health Organization (WHO) declared Ebola in the DR Congo as a public health emergency of international concern, the same day when 10 new cases were confirmed in Beni, Butembo, Mandima, Vuhovi, and Mutwanga health zones.

"This means the outbreak is serious, unusual or unexpected, carries implications for public health beyond the affected state's national border; and may require immediate international action," Nkengasong said.

He further stated that the AU, through the Africa CDC, has been supporting the response and is renewing its commitment to supporting the governments of the DR Congo and other neighboring countries.

With regard to new response to the outbreak, more African voluntary health corps members will be deployed in the DR Congo by the AU, he said, adding the Africa CDC will work with the AU Peace and Security Council and the UN security system to improve security in the field for healthcare.

The Ebola virus is transmitted through direct contact with the blood, secretions, organs or other bodily fluids of infected people, and with surfaces and materials contaminated with these fluids. Hand hygiene is an effective way to prevent the spread of the Ebola virus.