The African Union on Friday called for urgent international actions to tackle the Ebola outbreak in the Democratic Republic of Congo. 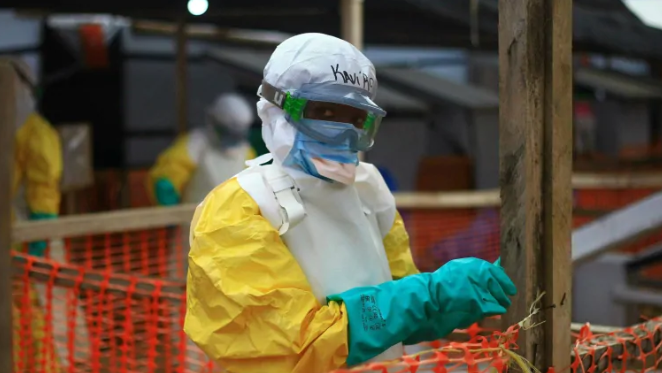 The call by the AU’s Director for the Africa Centre for Disease Control comes on the back of the World Health Organization’s declaration of the outbreak as a global emergency Wednesday July 17.

“This means the outbreak is serious, unusual, unexpected and is spreading, and carries implication for public health beyond the affected state’s national borders and require international action”, John Nkengasong told a press conference in Addis Ababa, Ethiopia.

This was a group of individuals that were trained and used effectively by the African Union during the West African Ebola disease outbreak.

“The Africa CDC will activate the African herald voluntary corps deployment. As you may recall, this was a group of individuals that were trained and used effectively by the African Union during the West African Ebola disease outbreak and it turned out to be a ‘game changer’ in defining how much, how quickly we ended that response”, he said.

So far, 2,522 Ebola cases have been confirmed and 1,705 deaths registered as of July 18 in this Central African nation, the AU said.