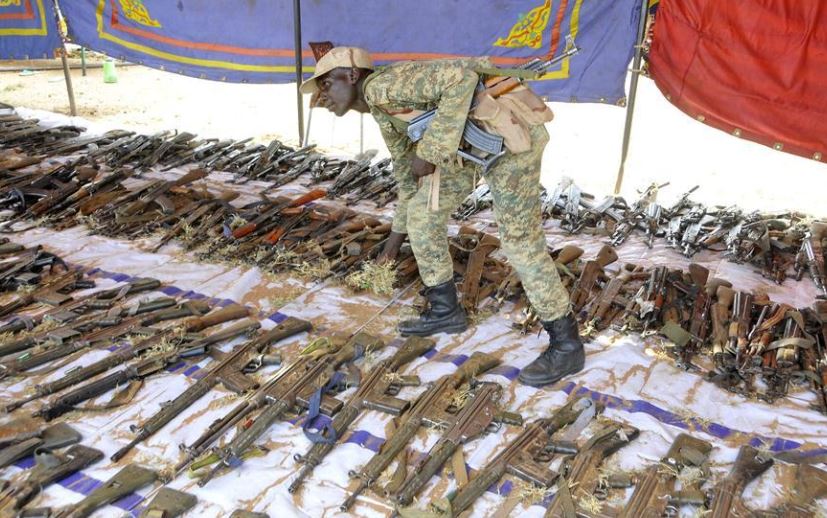 The chairperson made the call following AU officials' meeting with the Sudan Liberation Movement (SLM) and Justice Equality Movement (JEM) from Nov. 22 to 23 at the headquarters of the AU in Ethiopia's capital Addis Ababa, according to the AU's meeting outcome statement.

Faki, during his meeting with SLM and JEM representatives led by Minni Minawi and Gibril Ibrahim respectively, underlined the urgent necessity to end the conflict in Sudan's restive region Darfur.

"The prolonged conflict has brought untold pain and suffering on the people of Darfur and that the urgency of a quick and sustainable solution cannot be overstated," the statement quoted Faki as saying.

Faki, who noted the protracted nature of Darfur's political process, further "called upon all the parties to find a speedy solution to the conflict."

The AU Commissioner for Peace and Security, Smail Chergui, and the UN-AU Joint Special Representative and Joint Chief Mediator for Darfur, Kingsley Mamabolo, also discussed with SLM and JEM representatives.

During the meeting, the two armed liberation factions committed themselves to engage the Sudanese government on substantive issues, according to the AU.

"The JEM and the SLM expressed their readiness to enter into negotiations with the Government of Sudan on substantive issues with the view of reaching an agreement that paves the way for sustainable peace and development," the AU statement reads.

The meeting, among other things, called on the Peace and Security Council of the AU and the leadership of UNAMID to "relentlessly pursue all avenues to ensure that the movements and the government reach an agreement that would usher in lasting peace in Darfur."

The UN-AU Mission in Darfur (UNAMID) is a joint peacekeeping mission in Darfur, formally approved by the UN Security Council Resolution 1769 in 2007, with an aim to bring stability to the war-torn Darfur while peace talks on a final settlement continue.