ADDIS ABABA, Nov. 16 (Xinhua) -- The African Union (AU) will be convening an event, dubbed Forum on Ebola on the 2nd of December to solicit resources for implementation of action plan against the epidemic on the African continent. 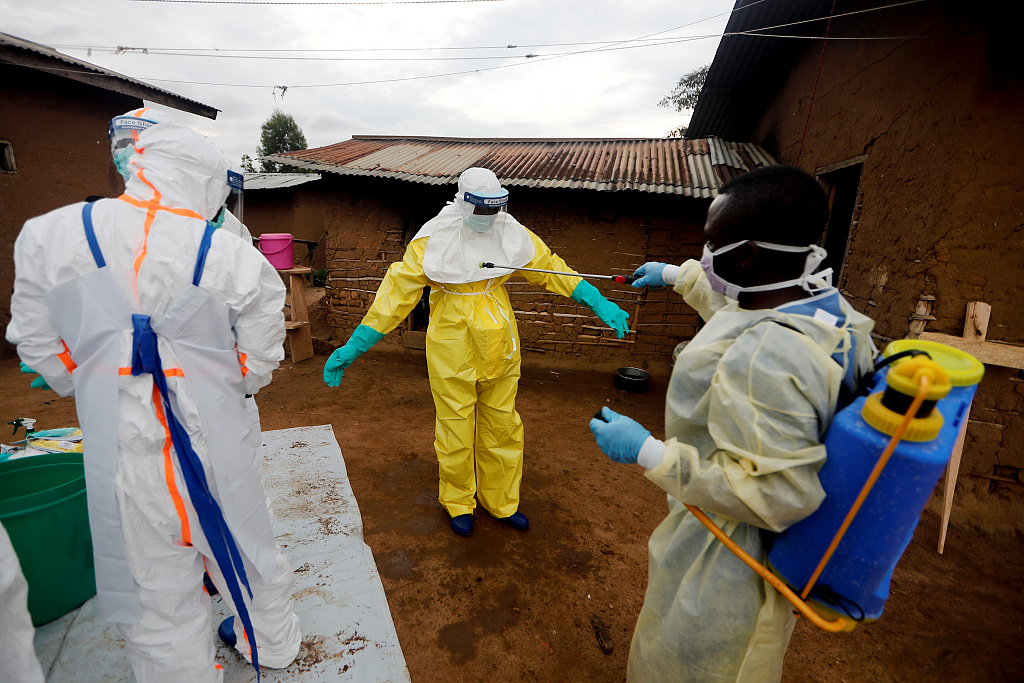 Called by the Chairperson of the AU Commission, Moussa Faki Mahamat, the donors' conference or the round-table for Ebola seeks solidarity from AU member states, development partners and other stakeholders globally to mobilize resources used to get Africa the ability of responding to such kind of outbreaks, the AU Commissioner for Social Affairs, Amira Elfadil, told Xinhua on Saturday.

In this regard, the AU has developed an action plan which requires financial resources amounting to about 50 million US dollars, according to the Commissioner.

The 55-member pan-African bloc has been playing a leading role and coordinating efforts in taming the Ebola epidemic which has been causing significant impact on the socio-economic activities of its affected member states.

The World Health Organization in August this year declared the Ebola outbreak in the DRC as public health emergency of international concern.

The AU, under its Africa Center for Disease Control and Prevention (Africa CDC), has been taking various steps and measures to build the capacity of the institution for interventions in dealing with responses to the outbreaks of epidemic on the continent.

Africa CDC, which has been supporting response efforts in the DRC since August 2018, presently operates with about 60 experts who were deployed in the field, the Commissioner has reiterated.

The AU Commissioner said the upcoming event was first supposed to be in October, but was rescheduled for the December just to involve the participation of other stakeholders globally.

"One of its objectives is to make sure that the solidarity of the African private sector is there,"  she said.

"Learning from previous Ebola outbreak, the private sector of Africa participated by pledging a lot of money in 2015 and in 2016, and it was really helpful for the affected countries when they found that there is financial resource for the fight against Ebola within the Africa itself," said she.

The AU calls on its partners from UN agencies and countries outside Africa to participate in the donors' conference and contribute share to the efforts being made in the fight against Ebola and also capacity building in dealing with such outbreaks on the continent, according to the AU Commissioner.

"We have developed an action plan and to implement this action plan we need 50 million US dollars for the implementation, it is a detailed document," Elfadil has noted.

"It is to make sure that Africa can have the ability to respond to such kind of emergencies, such kind of outbreaks," she said.