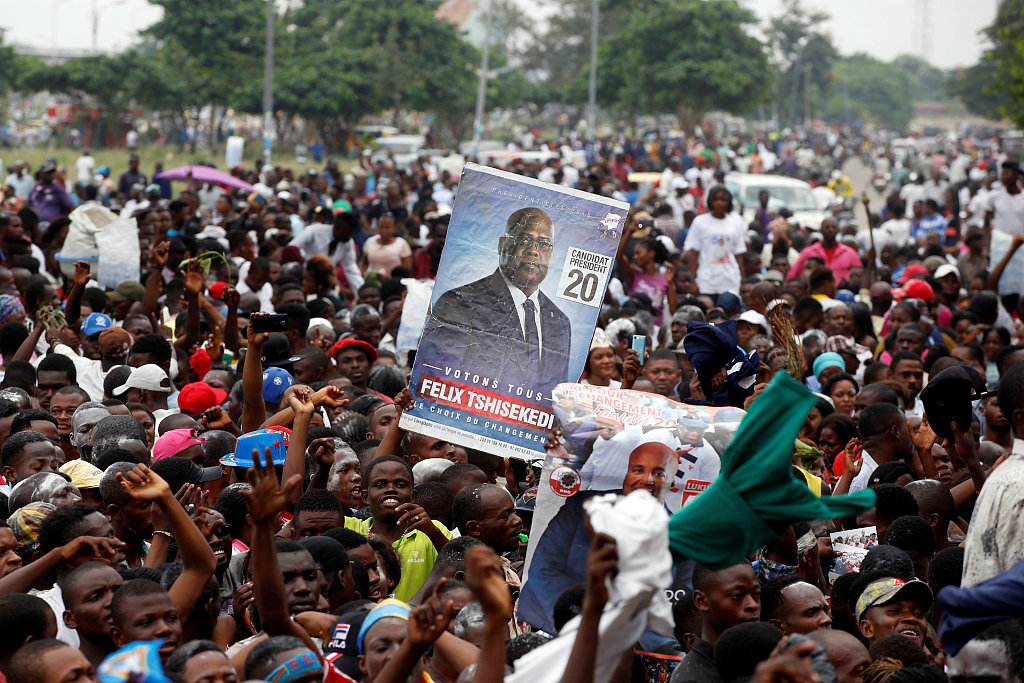 Supporters of Felix Tshisekedi, leader of the Congolese main opposition party, the Union for Democracy and Social Progress (UDPS) who was announced as the winner of the presidential elections, celebrate outside the party's headquarters in Kinshasa, Democratic Republic of Congo, January 10, 2019. (File photo: VCG)

The African Union called Thursday for any dispute over the Democratic Republic of Congo's election result to be resolved in a peaceful manner, and through dialogue.

"It is important that any disagreement over the proclaimed results, notably that they did not reflect voters' wishes, be resolved peacefully, by turning to the relevant laws and through political dialogue between the parties involved," read a statement from the office of AU chief Moussa Faki Mahamat.

Mahamat did not congratulate winning opposition candidate Felix Tshisekedi, whose surprise victory was quickly met with cries of fraud and accusations he had struck a deal with outgoing President Joseph Kabila, whose handpicked candidate came a distant third.

The DRC's powerful Catholic Church said the provisional results did not match its own nationwide polling data while France said it believed opposition rival Martin Fayulu had in fact won.

Mahamat merely "took note" of the result and said "no matter the definitive outcome" of the election, the DRC must seek national consensus based on the respect of democratic principles and human rights as well as the "preservation and consolidation of peace".