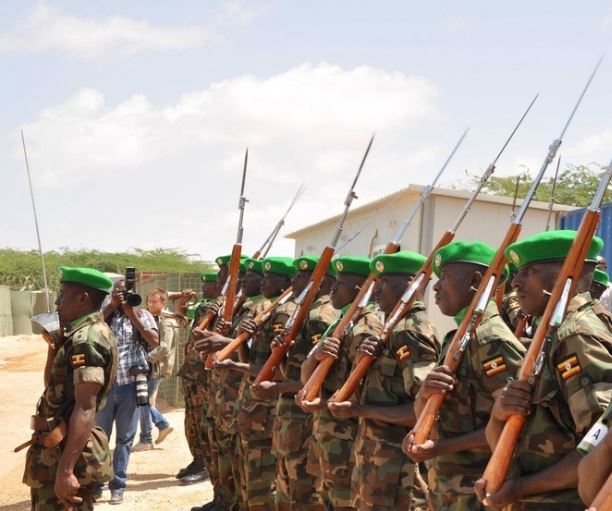 MOGADISHU, Sept. 14 (Xinhua) -- The African Union Mission in Somalia (AMISOM) Saturday called on the troops to intensify fight against al-Shabab to secure main supply routes to enable the free movement of goods and people.

Nakibus Lakara, deputy force commander in charge of operations and plans at the AMISOM told the troops to forge ahead with clearing and securing various main supply routes, mentoring Somali security forces, and conducting joint offensives with the Somali National Army as dictated by the Somali Transition Plan.

"Opening and securing the Mogadishu-Jowhar-Mahaday-Tayagley main supply route is a priority, and I am happy to note that you have been able to persist in this," Lakara said in a statement issued on Saturday after an assessment mission in Jowhar.

Jowhar, the headquarters of the AMISOM Sector 5, is controlled by Burundi troops, where Lakara assessed progress made in implementing the mission's Concept of Operations (CONOPs).

The CONOPs provides a framework to guide the implementation of AMISOM's gradual transfer of security responsibilities to the Somali security forces and the 2021 exit from Somalia.

"To deal with al-Shabab, you must pursue them. You must adopt measures to end the use of IEDs along the main supply routes," he said.

Earlier, Richard Banyakimbona, Burundi's contingent commander said his troops would work on strategies to counter IEDs and together with the Somali army engage in civil-military activities to enhance relations with communities in liberated areas.

"We will achieve a lot given that since we first deployed on the mission, we have scored victories against the extremists," said Banyakimbona, who also urged his troops to be steadfast.