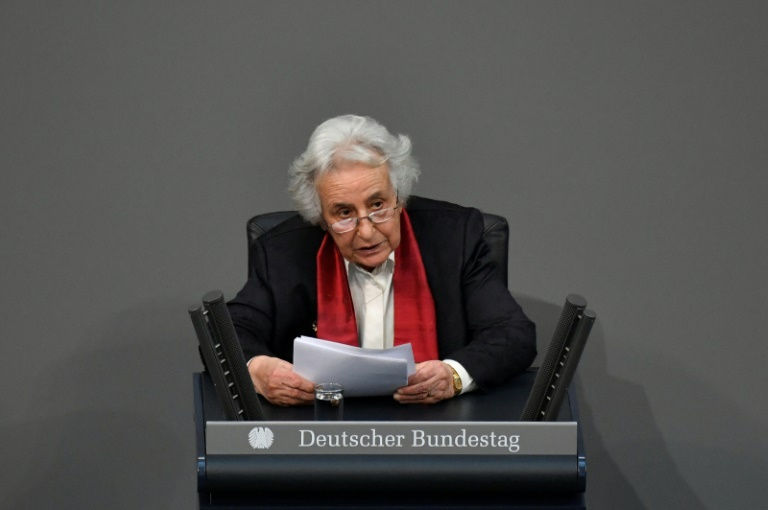 A 92-year-old Holocaust survivor warned Wednesday against rising anti-Semitism in Europe in the first ceremony marking the liberation of Auschwitz in the German parliament since the far right won seats last year.

Anita Lasker-Wallfisch is one of the last living members of the women's orchestra at the Auschwitz death camp in occupied Poland.

In an unwavering voice, she told the rapt chamber that the Bundestag lower house, including deputies of the rightwing Alternative for Germany (AfD) party, that hatred of Jews and Holocaust denial were staging a dangerous comeback.

"Anti-Semitism is a 2,000-year-old virus that is apparently incurable," she said.

"Denying something that is part of Germany's past is simply unacceptable."

Lasker-Wallfisch called it a "scandal" that Jewish schools and even creches required round-the-clock police protection.

"Hatred is simply a poison and in the end you poison yourself."

Lasker-Wallfisch was led into the chamber on the arm of German President Frank-Walter Steinmeier while Chancellor Angela Merkel helped her sister, Renate Lasker-Harpprecht, to her seat.

The AfD came in third in Germany's general elections in September with nearly 13 percent of the vote, granting them more than 90 seats in the Bundestag.

Although it began as an anti-euro party, its rhetoric has veered right to primarily rail against immigration and Islam.