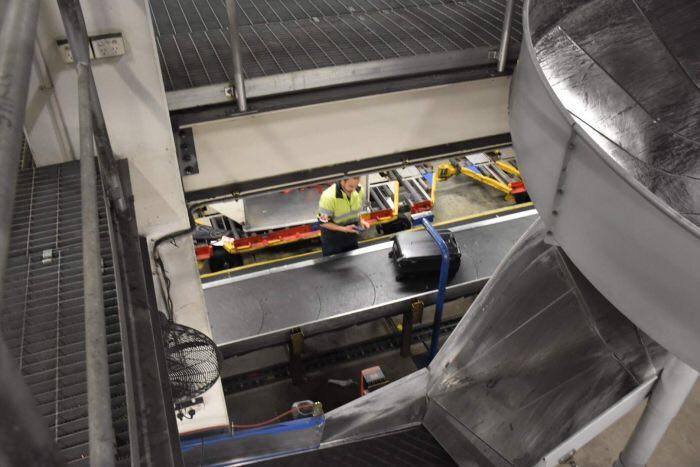 Employees, their belongings and vehicles will be randomly selected for explosive tests. Photo: ABC News

Workers at Australia's airports, including baggage handlers, aircraft engineers and caterers, will face tougher security screenings before commencing their work, in a crackdown the government said will better protect airports from 21st-century security threats.

Detailing the new measures in a media release on Sunday, Australia's Minister for Transport Darren Chester said while airline passengers had been exposed to intense screening at airports for some time, workers had not, and protecting Australia's borders from terrorism and other serious crimes was the government's top priority.

"Airport workers, together with their vehicles and belongings, will be randomly selected for explosive trace detection testing and other screening when entering or working in secure airside areas at major airports," Chester said of the new measures.

"Other measures being introduced include stronger access controls and additional security awareness training for aviation workers.

"These measures strengthen existing controls to ensure airport workers are authorized, properly identified and appropriately trained before entering secure airside areas. They may also be subject to security screening in the course of their duties."

Chester said the drive concerning airport workplace security would be phased in "progressively" in order to ensure Australia's airports to not encounter delays or any other disruptions as a result of the heightened measures.

"The measures will be progressively implemented and will provide flexibility for airports to ensure they continue to function efficiently and effectively," the minister said.

"The Australian government continues to counter security threats and is committed to providing the Australian public with safe and secure air travel."