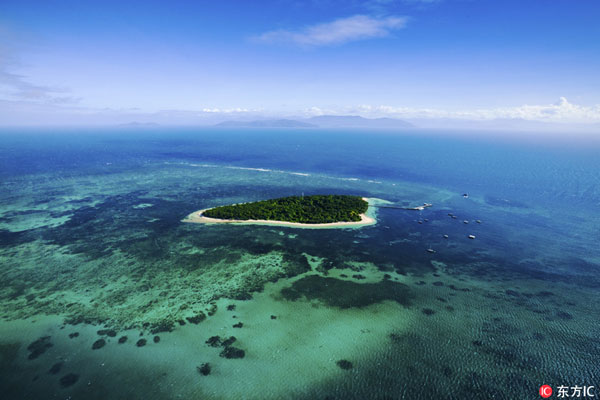 A cruise ship dumped 27,000 liters of food waste and grey water into the Great Barrier Reef in August, the Australian Maritime Safety Authority (AMSA) has found.

Senator Larissa Waters told a Senate hearing on Monday night that she had seen a copy of the as yet unpublished AMSA report on the incident, which said that the Pacific Explorer, a vessel operated by P&O Cruises Australia, dumped the waste on Aug. 26.

The report said that the food waste was being held in the vessel's galley due to its food waste tanks being at capacity.

The waste being held in the galley tank was discharged by engineers in the Great Barrier Reef Marine Park, a heavily protected area of the coral reef.

AMSA was made aware of the incident on Aug. 27 but the Great Barrier Reef Marine Park Authority (GBRMPA) was not alerted until Sept. 4.

"We were advised by AMSA that there had been a spill and that they were taking action with respect to that particular spill," Simon Banks, GBRMPA general manager of reef protection, told the hearing.

Waters questioned why the spill had not been made public sooner and expressed concerns that the Pacific Explorer has been leased for use during November's Asia-Pacific Economic Cooperation (APEC) summit in Papua New Guinea (PNG).

"The public have a right to know about pollution breaches in our Great Barrier Reef and the government should be upfront about such incidents," she said.

"Unless the ship has shown its procedures are now watertight, and have paid to clean up any damage it has caused, it's not appropriate be used in the upcoming APEC CEO summit.

"The Australian government should have advised the PNG government not to lease the vessel given it is under investigation by AMSA for breaching pollution control rules."