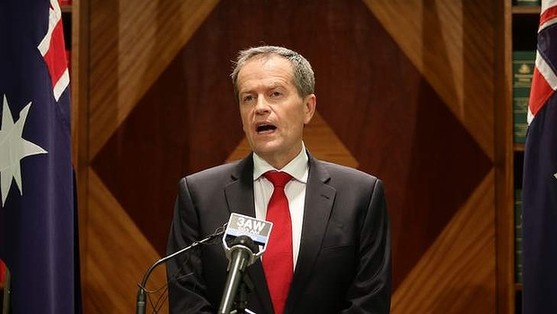 CANBERRA, Oct. 29 (Xinhua) -- The leader of the Australian Opposition has promised the country will have a stronger relationship with China if he is elected as the prime minister.

Bill Shorten, leader of the Australian Labor Party (ALP), said on Monday that Australia's relationship with China will become stronger under any government he leads.

He said that while the relationship with the United States is a key pillar of Australia's foreign policy, he would not allow President Donald Trump's view of China to influence his own policy decisions.

Shorten said the ALP would speak out when it disagreed with U.S. policy just as it did in opposing the second Iraq war.

"We can, and will, express any differences within the enduring framework of our close relationship."

Shorten said that China would be Australia's number one trading partner "for the foreseeable future".

"The next Labor government will not deal with China purely through the prism of worst-case assumptions about its long-term ambitions," he said.

With Australia set to head to the polls for a general election in May 2019, every major opinion poll has the ALP comfortably leading the governing Liberal-National coalition party.

In addition to emphasizing the importance of China, Shorten said that a Labor government would seek to strengthen ties with India, Papua New Guinea, South Korea and Japan.