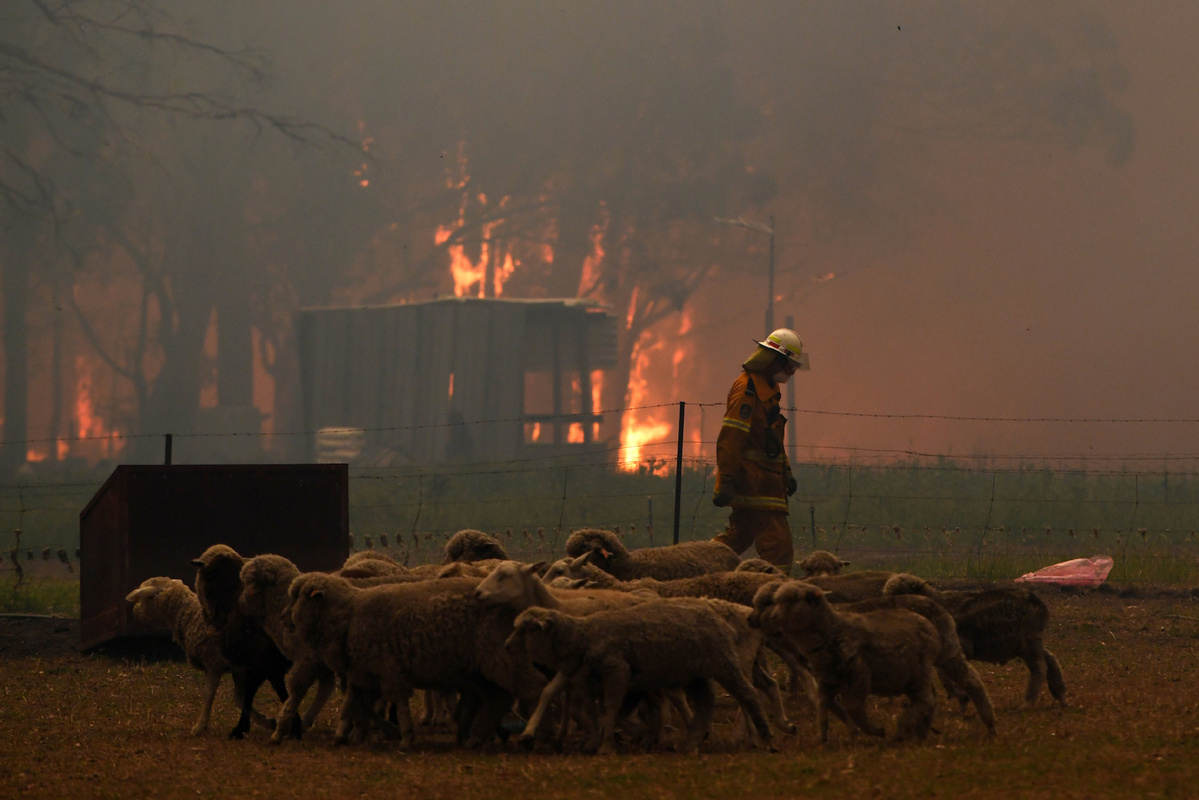 Firefighters engage in property protection of a number of homes as a fire threatens a number of communities in the southwest of Sydney, Australia, Dec 19, 2019. (Photo: Agencies)

Addressing a press conference as bushfires continued to burn in New South Wales, South Australia and Victoria on Sunday morning, Morrison conceded that his family holiday in Hawaii caused "great anxiety in Australia".

After visiting the New South Wales Rural Fire Service headquarters in Sydney on Sunday he said that climate change was "one of many factors" responsible for the fires but defended his government's climate policies.

"What we will not do is act in a knee-jerk ... or panicked mode. A panic approach and response to anything does not help."

Morrison on Friday announced that he would cut his holiday short and returned to Sydney on Saturday night.

It came after two volunteer firefighters in New South Wales died after their truck rolled over last week.