Australian Prime Minister Scott Morrison has recently been teased after a pair of bizarre-doctored shoes were spotted on his family photo, which has sparked uproar in social media. 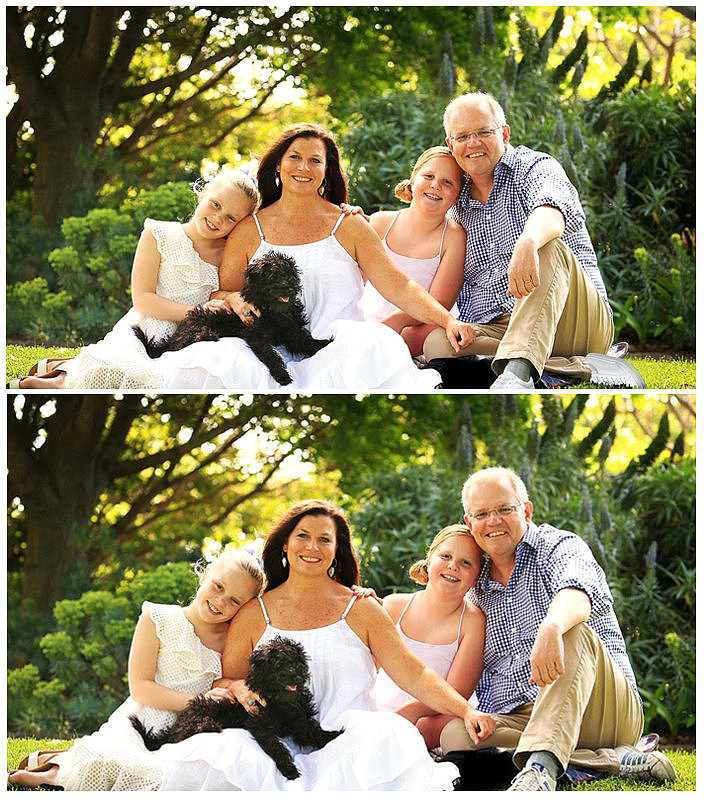 Handout photographs supplied by Morrison on his website. The top is the doctored version.

In the portrait which was later replaced by an unedited version, Morrison is seen sitting on a picnic rug cuddled up next to his two daughters Lily and Abbey and wife Jenny. However, he was equipped with two shiny shoes of both left feet, which has triggered online ridicule, hashtaged as #shoegate in twitter.

Social media users have had fun with the idea, doctoring the same white shoes on other MPs and claiming it to be the scoop of the year. 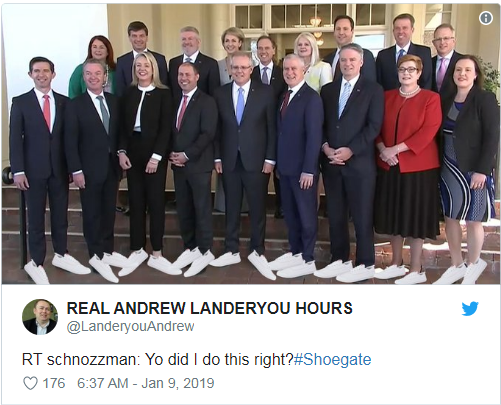 A spokesman for Morrison said the PM did not request or authorize the Photoshopping.

“The photo was doctored by the Department of the Prime Minister and Cabinet without the knowledge of, or authorization by, the PM or the PM’s office,” he said.

A branding issue was speculated behind the change. 'The original shoes looked like K-Swiss tennis shoes,' one netizen said.

The PM has responded to the social media ridicule by posting an image of his previously concealed dirty trainers and joking his critics should focus on his receding hairline instead, “Message to my department: I didn’t ask for the shoeshine, but if you must Photoshop, please focus on the hair, not the feet!” 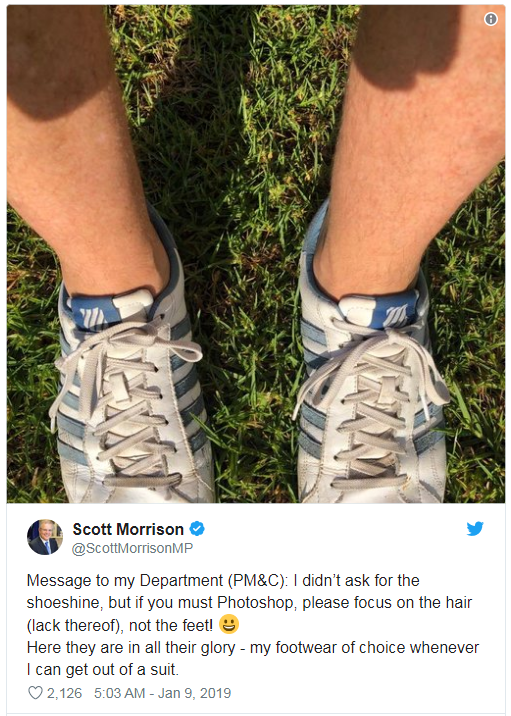