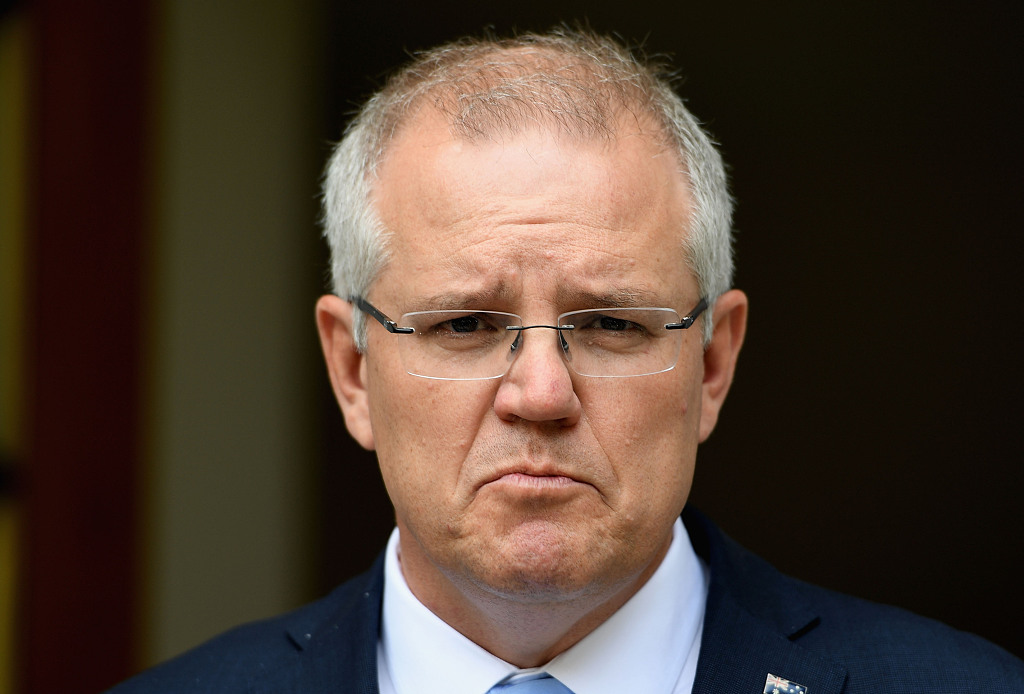 Morrison told reporters that there are 2,700 firefighters currently in the field in New South Wales (NSW), the majority of whom are volunteers who "want to be there."

More than 80 fires were burning across NSW on Tuesday, 42 of which were uncontrolled, blanketing Sydney, Australia's largest city in smoke.

"These fires have been going on for some months now and when I was speaking with the commissioner on the weekend out where we have the megafire at the moment we were talking through the crew rotations," Morrison said when asked about concerns over how long firefighters have spent in the field.

"And the fact is these crews, yes, they're tired, but they also want to be out there defending their communities.

"I thank them all for what they're doing, particularly all those who support them."

He rejected the suggestion that volunteer firefighting forces around the country should be professionalized.

"We are constantly looking at ways to better facilitate the volunteer effort, but to professionalize that at that scale is not a matter that has previously been accepted and it's not currently under consideration by the government," he said.

The prime minister's comments come after his predecessor Malcolm Turnbull called for the government to implement a national response to fires, which he described as a "national security issue."

The coordination of emergency services, including fighting bushfires, is currently a state responsibility.

"The national government has to provide leadership," Turnbull said.