SYDNEY, June 10 (Xinhua) -- The Australian state of New South Wales (NSW) has been hit by a cold weather snap, with forecasters predicting on Thursday that the capital of Sydney would record its lowest temperature in 25 years.

The coastal city Sydney was only expected to reach a top of 10 degrees Celsius, which is about 4 degrees colder than average for early winter.

It has been even colder in western Sydney with the Blue Mountains recording a top of 2 degrees Celsius, while icy blasts have led to snow blanketing central western towns such as Bathurst and Orange, and snow has been forecast in the Northern Tablelands for the first time in several years.

Snow, hail and blizzard-like conditions have led to the closure of several roads in the Central West region, while motorists elsewhere have been warned to take care due to the treacherous driving conditions. 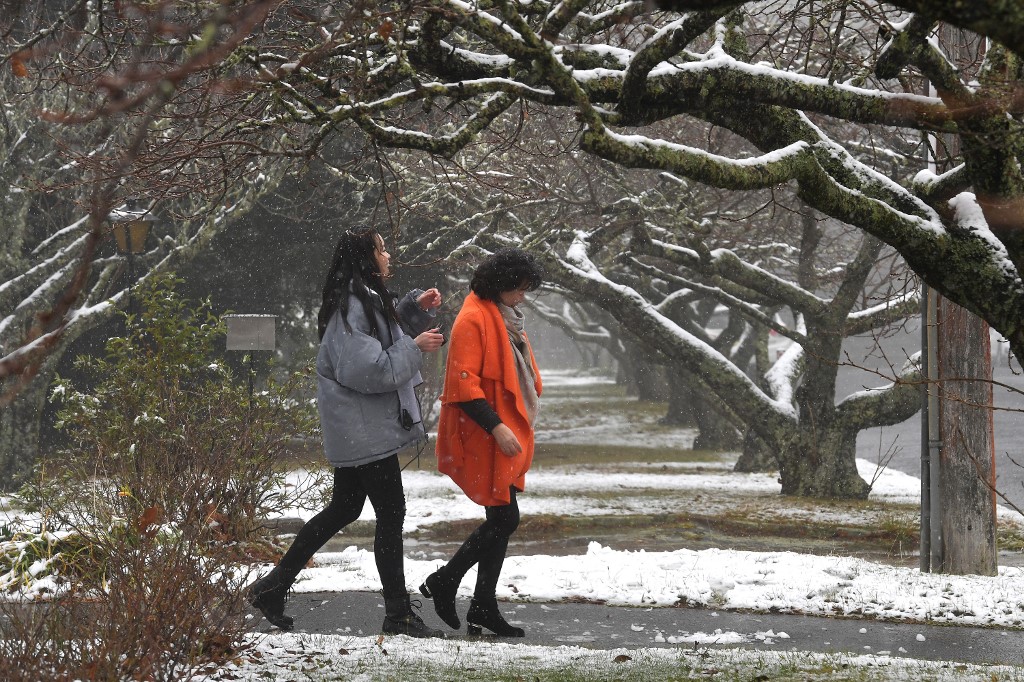 People walk along trees covered with fresh snow during the first snowfall of the season in Katoomba in the Blue Mountains range on June 10, 2021. (Photo: AFP)

The Bureau of Meteorology (BoM) said the uncharacteristic weather was due to a large slow-moving Antarctic cold air mass drifting across the state.

The BoM has warned the low-pressure system was expected to bring further cold temperatures, strong winds and heavy rainfall throughout NSW on Friday.

Meanwhile, the neighboring state of Victoria to the south of NSW endured a wild storm on Wednesday evening which caused flash flooding and more than 233,000 homes and businesses to lose their power as winds brought down trees and powerlines.

Victoria's Acting Premier James Merlino on Thursday thanked the state's emergency services which have received more than 4,500 requests for assistance over the previous 24 hours until 9:00 a.m. local time.